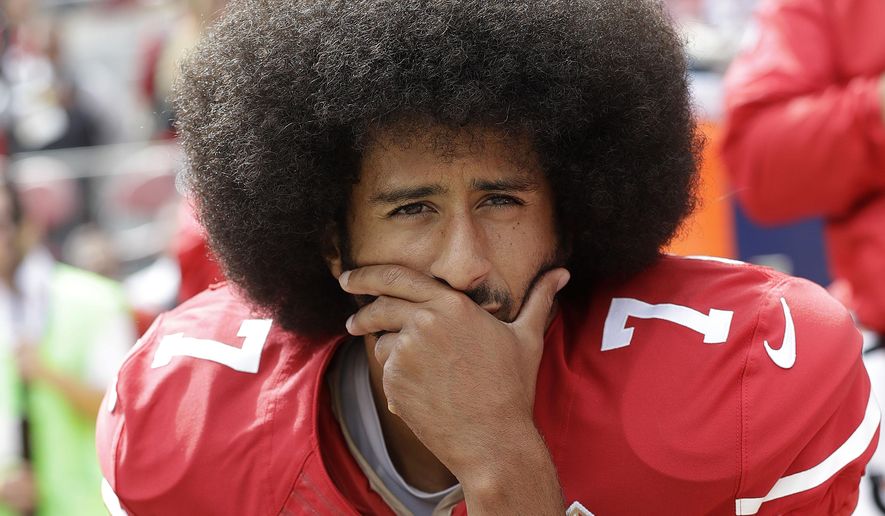 I’m just getting word from my representatives that the NFL league office reached out to them about a workout in Atlanta on Saturday. I’ve been in shape and ready for this for 3 years, can’t wait to see the head coaches and GMs on Saturday.

Free agent quarterback Colin Kaepernick, who claimed the NFL and its teams colluded to keep him from playing following his refusal to stand during the National Anthem, will take part Saturday in a private workout organized by the league.

The NFL sent a memo Tuesday to its 32 teams, saying the session will include on-field work and interview time with the former San Francisco 49ers quarterback, ESPN first reported.

The issue that some may is that this work-out may be a way for the NFL to just save face for all the negative feedback they’ve been receiving from this issue. His workout is Saturday, many NFL analysis has mentioned that Saturday is not a good day for a work-out because most coaches and General Managers will be getting ready for the game on Sunday. So who will he be working out for? Whats the purpose of this work out? What are your thoughts? comment below.

CHECKOUT FEEDBACK FROM OTHERS

I know Colin wants to play, but this feels so disingenuous on the NFL’s part. I’ve said this since the first time Donald Trump called him out at a rally: Colin Kaepernick will never play in the NFL again. I hope I’m very wrong about this, but NFL owners are cowardly. https://t.co/PBB8j4Spd7

OR, this feels like what you’ve been wanting to see: can we really doubt that without JAY-Z’s presence such a workout would be tenable? We know teams can’t be made to hire anyone, but getting this done is huge for the wonderful @Kaepernick7 and a reflection of Jay’s influence. https://t.co/lBbyh7ACvM

All 32 NFL teams have been invited to a private workout for @Kaepernick7 this Saturday.
With some team's recent QB struggles, where could he end up?#PatMcAfeeShowLIVE pic.twitter.com/4A3NaSiDn4

Everything you need to know about whether the #NFL tried to spring a public relations trap on Colin Kaepernick is inside these three grafs, which break down how Tuesday played out. If you won’t read the entire column, read these three grafs.