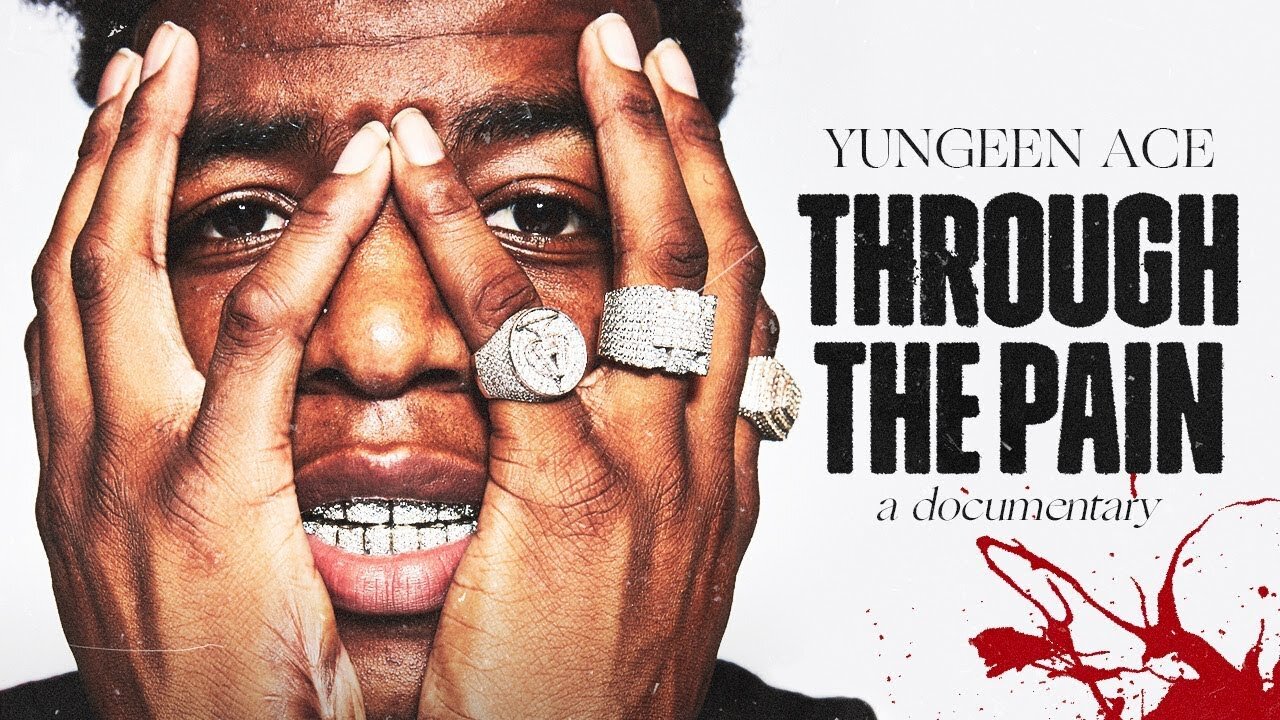 Last year Jacksonville rapper, Kenyata Bullard, known by his stage name Yungeen Ace, made headlines after being involved in a fatal shooting which resulted in a quadruple shooting in Waycross, GA near Town Center Parkway in Jacksonville, Florida.  The rapper was shot 8 times and was the sole survivor in the incident. Since his recent release from jail this year, he’s taken to social media to tell his story of pain and survivor’s remorse.

1.       The shooting was traumatizing for the artist. Throughout the documentary he opens up with his friends and family to talk about their circumstances growing up as well as the life that comes with living in not only Jacksonville, Florida but also of being in the streets. Throughout their reminiscing of their childhood they consistently state that “Tomorrow isn’t promised.” Everyone who made an appearance in the film acknowledged the negatives and pain that can come with this life, and despite growing fame and fortune, Yungeen Ace was no exception to that pain. As he shares the real story behind the deadly shooting, you can feel the pain he endured in every word.

2.       Understanding the victims of the shooting is an important point to acknowledge. Although there were casualties from both opposing sides, the people found with Ace were truly close to his heart. The individuals from Ace’s camp that lost their lives during the shootout were his little brother Trevon Bullard (aka Quan Quan) and two childhood best friends Jercoby Groover (aka 4), and Royale Smith Jr. (aka 23). Dealing with the loss of his loved ones and being the sole survivor of the deadly incident is something that holds heavy on the rapper’s heart. Again, it’s something that you can feel in his voice. Many people in the black community have battled with survivor’s remorse for centuries. But even so, it’s something that we still struggle to cope with as a culture and people. Yungeen Ace is no exception to that struggle, and he makes it clear that, that heartache eats him up on the inside. He states that he relives the incident daily and still hears his brother call his name in pain.  Acknowledging the victims of the shooting is an important point of his story because simply put, seeing a loved one die next to you is an extreme burden to carry for anyone. But unfortunately many people today can connect to that pain.

3.       Thirdly, we turn our attention to the physical pain of Ace. During the violent shooting, the rapper was shot 8 times. Instead of receiving the much needed medical care and surgery that the Rapper deserved, he was instead arrested for violating parole and then transported to jail.  While in his cell he still had bullets in his body! The case received a lot of coverage and backlash from his team and fans for this issue alone. His attorney David Haas, speaks on the mistreatment of his client during the documentary and discusses the absolute lack of medical care on the state’s behalf. With lack of medical insurance lawyer David Haas, states that his well-being was left up to the jail and they failed him. The hospital rejected his surgery and then threw him back in jail without any medical assistance whatsoever

4.       After hearing about the obvious lack of medical care the rapper received, viewers unfortunately discover that his mistreatment continued.  While in custody the rapper’s hair was disagreeably cut by the prison. While many individuals believe it was done with biased, the state holds their grounds and stands behind their reason on the matter. In the documentary the rapper inserted an interview from the Jacksonville Sheriff Darryl Daniels where he un-apologetically backs up the state’s decision to cut the rapper’s hair stating that “it was not clean and groomed”. While this may seem like a small price to bear while being locked up many viewers including lawyer David Haas, believe his rights were violated.

5.       Lastly, it’s important to consider the entire aftermath of the incident itself. Yungeen Ace was not only apprehended and thrown in jail after surviving a violent homicide which took the lives of his younger brother and two childhood friends, he was mistreated while in police custody and his medical care was ignored. To add onto his misfortune, the rapper wasn’t able to bury anyone nor visit their grave sites until months after their deaths.

The trauma and pain that he’s left to deal with would be overwhelming for some. But the rapper finds his peace and therapy in music and continues to tell his story through rapping. Struggling with his many burdens from life, Yungeen Ace is truly a voice for listeners who need music to help ease their heart of loss and sorrow. While his fans love him for his genuine feel, and storytelling of his upbringings, they also love that he speaks from the heart, and discusses topics that truly need conversation like death and survivors remorse. His latest and probably most anticipated project, Step Harder has recently released on streaming platforms and it features many heartfelt songs like the single Step Harder which embodies his suffering and triumph of his recent woes. He’s an artist that’s definitely a product of his environment and his verses speak of his truth and what’s traumatized him. His music is a true reflection of that pain and as stated, his music is his therapy.

WHATS THE BUZZ (MUSIC YOU SHOULD LISTEN TO WEEK 11.17.19)
Lupe Fiasco Performs classic album “Food and Liquor” at the Riviera Theatre