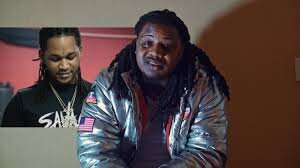 This is taking the internet by storm because some of the guys FBG Duck is paying homage to are some of his alleged “opps” aka enemies. This coming from a artists who has no problem with speaking negative on his opponents dead or live, is huge.

THE WORD | CHICAGO TEACHERS STRIKE IS OVER. How will they repair the ”damage”?
THE WORD | teenage girl kidnapped in front of her mom in Bronx