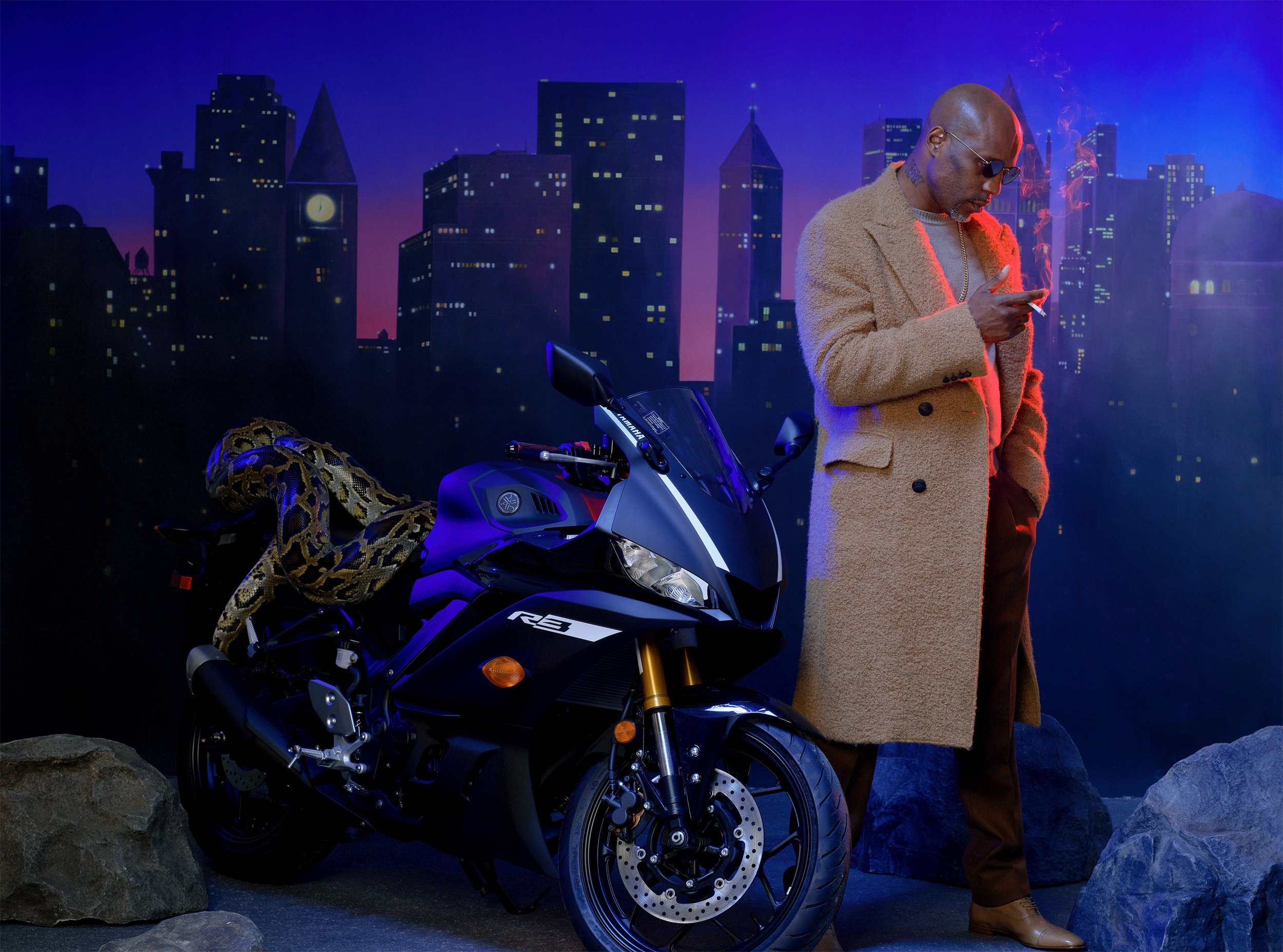 As the decade ends and DMX celebrates his 49th birthday (12/18/1970), we ask, is it finally time to give Earl Simmons his well deserved credit for his influence in the hip hop community.

With hits like X Gon’ Give It To Ya, Get It on the Floor, Slippin’, Party Up, and What’s My Name, I’m sure you know what artist I’m referencing. Or better yet, I’m sure by a simple dog bark, growl, or yell on the track… his name rings bells! D M X! The X Man, born Earl Simmons, DMX made a name for himself in the rap game during the late 1990’s. His first break out single, Get at me Dog, released 1998, which was certified Gold, shocked the world. DMX brought something to the rap game that was never done before, his rap style was beyond unique and that talent would soon create a lane of its own that still to this day, 20 years later, is unmatched and never replicated.

After witnessing the DMX challenge surface online and live for a brief stint of the 2019 summer, I decided to delve deeper into his career. Going into this article I thought I knew the basics, an artist who had fair success in his career but downfalls in his life. I thought his music was popular but not monumental. I knew artists alike today respected him and sampled his work but NOT that they couldn’t compete with his raw talent. After spending months researching his career and polling the community, I’ve come to the conclusion that closing the decade out wouldn’t be complete without starting this conversation, Is it time to recognize DMX for his influence and achievements in the hip hop community?

Upon talking to multiple sources, I was quickly educated on the significance of both Earl Simmons,  as well as the strength of the ruff ryders
click. During those conversations, I quickly learned the impact that he had. Upon looking into him further I learned that he was truly a powerhouse of his time, but as we all know, his controversial portrayal in the media has affected the way today’s generation  views him. They only know and recognize him as a tortured soul who’s had a bad break at life. His  downfalls ultimately were the demise to his career, but his impact and contribution to the music industry should be discussed and honored more. Let’s begin.

Aside from his chart toppers DMX brought more to the table than just radio hits. His sound alone was undeniably unique and thus created a league of its own. Many words come to mind when describing his sound. To me, it screams gritty, unapologetic, and authentic. When I listen to any DMX song, the thing that pops out to me most are his screams of honesty.  As I delved into his discography the resonating theme in every song was that I further understood who DMX is. His life, pain, and battle between good and bad , is easily painted in every bar. His career has truly been biographical and us as listeners experience that. That authenticity in his sound is something that certainly lacks in today’s music culture. As everyone raps about shared experiences of selling drugs, fucking bad bitches, and running through the streets, it’s difficult to feel authenticity in music these days. His authenticity and uniqueness in sound is something the music culture will benefit from. While obviously he isn’t the first rapper to rhyme about his truth, or speak of their inner demons and conflict, the manner in which he does it is what sets him apart. The manner in which he tells a story, whether through yelling, spoken word, bible scripture recitals, or singing, made him influential.

After listening to his music, I asked myself and others who today is comparable, if anyone. And after sparking conversations with music enthusiasts everyone found themselves in agreement. But Big Boy says it best in his 2018 interview with X, “There is no other DMX, and there can’t be any other DMX!”

As we dive into his career it’s important that we touch base on the influence of the Ruff Ryders crew. Now, it’s evident in the music industry and culture that rappers either come into the game with their crew/group or, as things were done more commonly in the past, establish a group with other artists. DMX in my opinion, created the model for how a super-group should be ran. He’s different from other groups like Diddy with Bad Boy, Jay Z and Damon with Roc-a-fella, because he did his best to push all of his artists and crew members out. He backed everyone he worked with 100% of the time. DMX formed the Ruff Ryders crew with (CEO’s)Chivon Dean, Waah Dean & Dee Dean. Producers DJ Shok and Swizz Beatz and PK, Drag-On, Eve, and The Lox which is (Jadakiss, Sheek, Styles P).  And after a few years the crew gained a larger following including fans across the world. With a few years of work both DMX and Ruff Ryders crew members were more than able to step out on their own. His desire to see those around him win and overcome their circumstances like him, was evident in Ruff Ryders. From giving teenage swizz beatz a chance to display sick beats and to pushing out the first lady of Ruff Ryders, Eve, he did what he could to make sure everyone won. A true leader.

After gaining fans through his musical expressions, it was only right that he expanded his his influence, switched gears, and displayed his talents in the tv screen. He proved himself to be a success on the radio as well as TV, and to be honest, he wasn’t half bad. He never won any recognition for his roles but he did them all justice. He’s a rapper turned actor who had a successful film career. After a few films like Belly, Romeo Must Die and Craddle to the Grave he crossed over to becoming a sought after and believable actor. Which is a milestone that many aim to accomplish. He’s worked alongside many actors and actresses like Aaliyah, Jet Li, Issiah Washington, Vivica A Foxx, Nas, T-Boz, Gabrielle Union, Anthony Anderson, Micheal Ealy, Clifton Powell, Steven Steagal, and many more.

With much of his success and being a household name why isn’t he respected enough? Did his battle with drugs and incarceration ultimately overshadow his positives? In my opinion, they did.  Unfortunately, the music industry has shown us that success and fame mixed with pre-existing demons is never a good match. Through his music DMX has briefly let us into his world and life, he’s shown us that as a black man coming from the hood and black culture he faced a lot of adversity. Whether that be growing up without guidance, fighting temptations in the street and a bogus school to prison pipeline, it’s a lot to endure. Overall just way of life that he was exposed to, led to his downfall. Like many other celebrities and entertainers it’s hard to contain your personal demons despite how talented you are. Ultimately, during his prime DMX battled with inner peace. From television appearances like Iyanla Fix My Life, viewers and fans got to understand in depth some of the demons he battled. Despite his inner turmoil his fans consistently rooted for him and his growth. In past interviews since his prison releases he talks about his sobriety and finding peace. It’s unquestionable that without the pain and battles he’s conquered over the years we wouldn’t have the  same Earl Simmons, and his music wouldn’t be the same but if he was able to conquer those demons and prosper past them sooner in his career he would have much more respect in the rap game.

It’s no question that DMX is a household name. He’s solidified himself in the music game but isn’t respectfully grouped with the top dogs and game changers. As the decade ends and his birthday approaches it was only right that we delved deeper into his career and influence. X in his prime was a force to be reckoned with, and X today at 49 is still someone that’ll give rappers today a run for their money lyrically and performance wise. Despite how his career left off, he’s always been someone who ignited a fire in the music industry and we respect him for that and all he’s done. Without X’s genuinely powerful sound, many people wouldn’t be here. And as we patiently await new music and comeback from the legend, we acknowledge his influence and contribution. He’s a rapper and businessman that has shown us what it means to endure.

In the words of X himself, “To live, is to suffer. But to survive is to find new meaning in the suffering.” And Earl Simmons has truly survived. Happy Birthday to the legend.

What’s your favorite DMX track and who would today would you compare to him?

The Free Favor of God 🙏