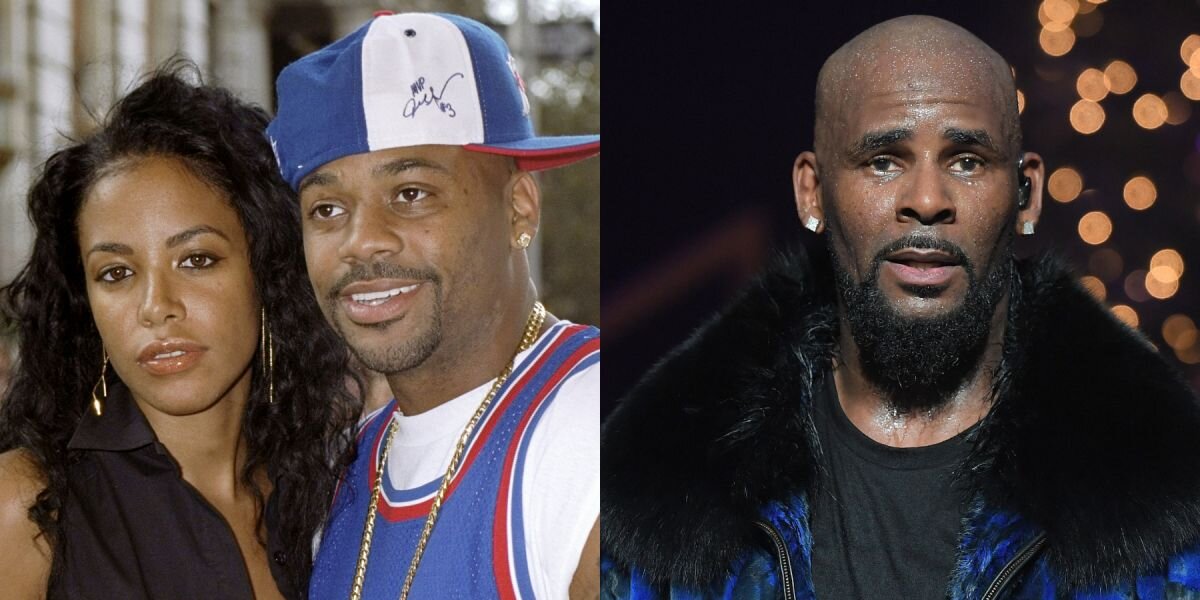 According to #TMZ Damon Dash says Aaliyah wanted absolutely nothing to do with R.Kelly after they pulled the plug on their controversial marriage back in the day. TMZ obtained this clip of Damon’s interview on the soon-to-be-released Lifetime documentary, “Surviving R. Kelly Part II: The Reckoning” … and the music insider makes some bombshell revelations about Aaliyah’s life after Kelly. Damon famously dated Aaliyah after she split from R. Kelly … and now he says the singer wanted to keep Kelly “the f*** away” from her following the annulment.

Here's Dame Dash in the SO SEXY & FIESTA videos. By definition, he did, "work with him." #SurvivingRKelly pic.twitter.com/k0HbPw3byP

Dame Dash can kiss my ass too! He knew wtf was going on just as well… #SurvivingRKelly pic.twitter.com/ER24gfqmdG

As you can see black twitter didn’t agree with the Hip-Hop Moguls take on the situation. Mainly due to him being silent for so long on the issue and also his last business relation with R.Kelly during the Best of both world days with Jay-Z.

After watching the video let us know your thoughts. Was it appropriate for him to comment on this situation on the behalf of Aaliyah? ‼️

#SurvivingRKelly #MuteRKelly
Dame Dash sittin up here talkin bout R. Kelly nasty ass when his ass was 30yrs old datin a 21yr old. That shit predatory asf too. Tf a 30yr got to talk about wit a 21yr old thats still new to adulthood? There is still very much a power imbalance there

How long before Dame Dash uses #SurvivingRKelly to talk shit about Jay-Z? pic.twitter.com/KrBIGrnnXv

THE WORD | teenage girl kidnapped in front of her mom in Bronx
THE WORD | ‘Death to America’ aimed at Trump, not American nation, Iran leader says