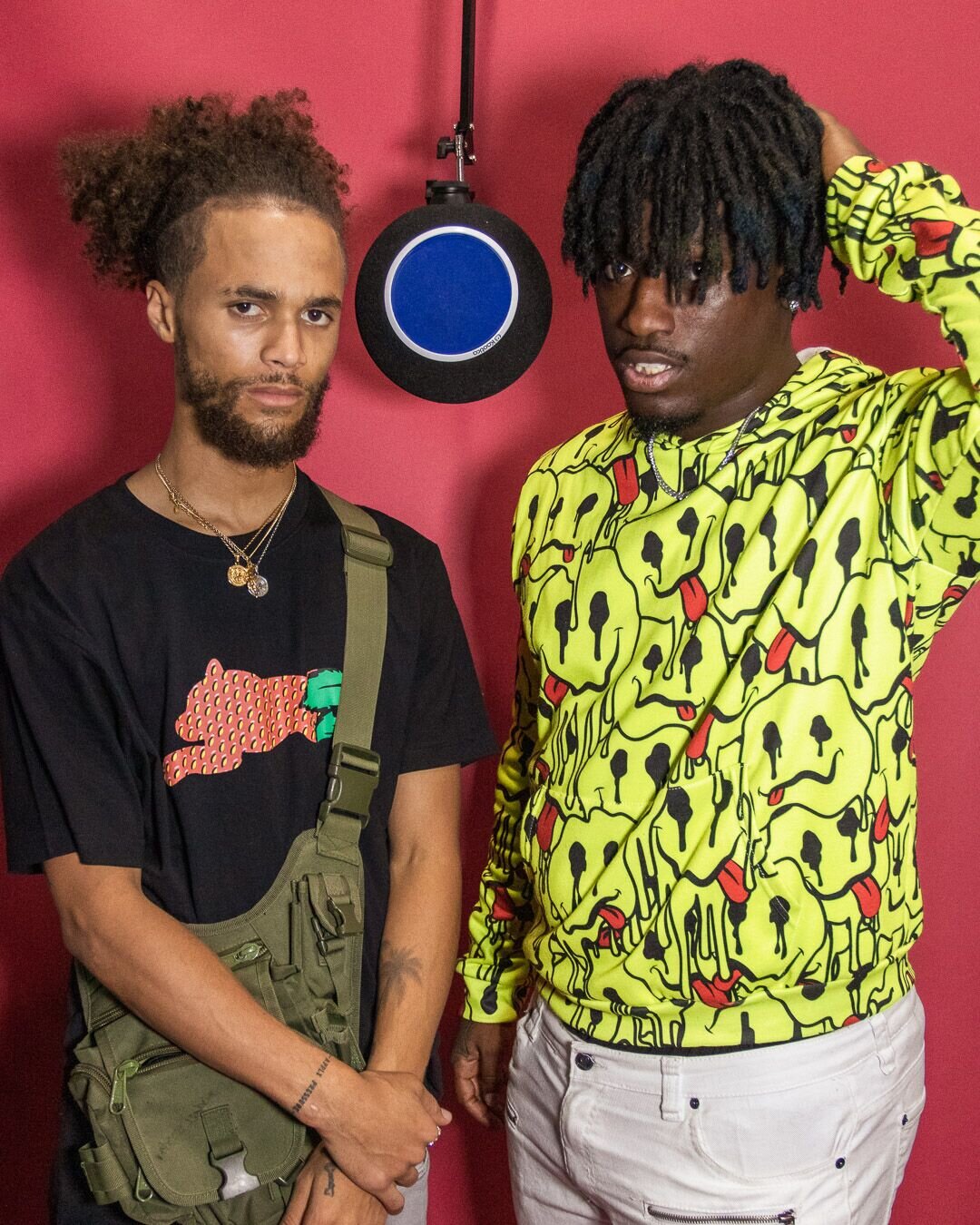 They say blood is thicker than water. In the situation that will be mentioned in this article, the saying is true literally and figuratively. I’ve seen no greater example of this until I heard the story of brothers Allen and Chris Washington. Better known by their stage names Allen The Official and Jiggy Bars, the two are brothers with the same father.

Jiggy is a rapper who is signed to Yudago Music Group (YMG), his brother Allen The Official is a cofounder of the dance group The Future Kingz (TFK) and founder of KNVS, a production/media company, in which the two have done collaborative work.

I got the chance to have an in-depth conversation with Jiggy and Allen at the YMG studio space located in the Hanson Park neighborhood. Seeing the chemistry between the two, you wouldn’t have guessed that they only became close 5 years ago. They can almost complete each other’s thoughts. They seem more like fraternal twins. I sit smiling in admiration of their relationship.

Jiggy recalls the moment of how he got reconnected with his brother, “I got a phone message from my aunt on my dad’s side, at the time I didn’t know anyone from my dad’s side. She was saying I’m so proud of you…..and she tells me I have all these siblings. She had ended up connecting me with Allen’s mother on Facebook.”  From there, Jiggy acquired Allen’s phone number and found out they only lived 6 minutes from one another.

The last time the two had spoken was when Allen was in the 3rd grade. Allen was accepting from the jump, he speaks of how he is a family-oriented individual who was excited to work with his brother when he found out they both were creatives. “I love energy, I love people, and I love friendship, When I found out I had another brother, it just added more to my family for me.” Allen said.

Asking the two about how and why they were separated, I found out that they have about 9-10 siblings from their father. The relationship with their father is nonexistent, but Jiggy being the eldest sibling, made it his duty to reach out and try to connect with them all. Today he has met most of them, he even connected with a sister in Nebraska who came out to two shows he did while there.

“You can tell she’s interested in the music. She’s just very attracted to all the creative vibes that he brings around…It’s insane, like the love and how much she wants to be a part of everything that he’s doing.” Allen says about their sister who resides in Omaha.

Growing up as an only child, Jiggy was happy to finally be able to have siblings to talk to. Him finding his brother was something that made his mother excited. “She knew that she had to be there for me, knowing that I didn’t have any siblings, growing up and I had to do everything alone. She was texting me saying oh my god I am so happy for you.”

Allen actually moved to Chicago from Long Beach California when he was 14. His mother brought him and his brother to the city to be around more family. Allen and his brother Isaiah, who is also a brother of Jiggy, founded TFK when they decided to create dance videos on youtube. The videos garnered much attention and they recruited more dancers from the region.

The entire TFK initiative is comprised of about 20 members that are from various parts of Illinois.  The group has seen much success, they came in second place on season 13 of America’s Got Talent and have performed with artists such as Chance The Rapper and Da Baby.

Both Jiggy and Allen have a commitment to their craft that is undeniable. They are showing their committed energy on their new track “On Now.” With the release of the single, the brothers want people to understand their story, their relationship, and the significance it has to the new song.

“On Now” will be streaming soon, be sure to follow @jiggybars, @allen_theofficial, and @ymgornothing for more news on the brothers and their business ventures.

What’s the buzz (music you should listen to week of 1.5.2020)
Chicago Popped Out TO Celebrate Dometi Pongo’s “True Life Crime” DEBUT