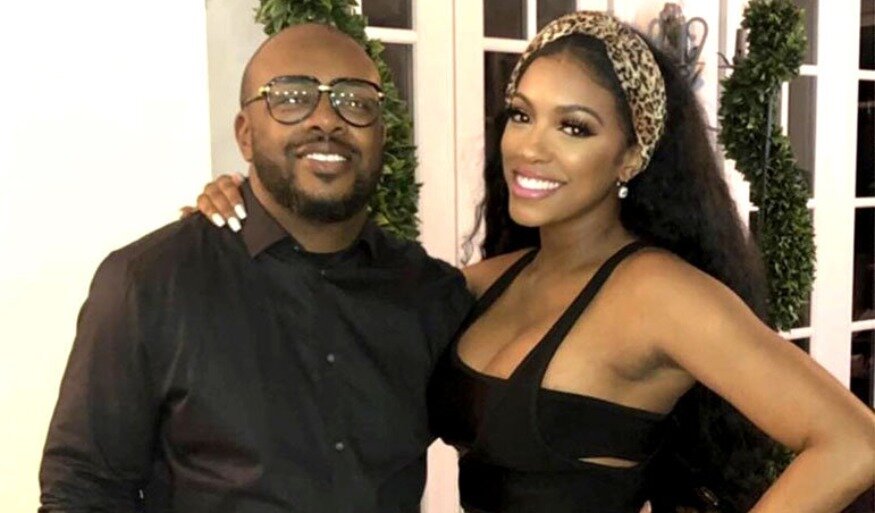 Despite the jokes on social media, and the unsuccessful attempts of black men trying to convince the world that their gender is 100% faithful, reality reminds us that any and everyone is capable of being unfaithful. While there are no set rules or guidelines to keeping a long lasting and honest relationship, each couple experiences their own journey and deals with their issues as they see fit. In today’s media crazed world, it’s extremely hard for some to keep their relationships private, especially celebrities and public figures. It seems as though someone has a comment at every turn. But the age-long issue for most relationships isn’t removing the internet from your relationship, it’s removing your loved ones opinions from the equation.

A laid back evening on the water🛥🌊 #CoupleLuv #Baecation 🇯🇲 🌳🥃

Real Housewives of Atlanta cast member, Porsha Williams, experienced that turbulence when her fiance, Dennis Mckinley’s, infidelity made blog
headlines. To make matters worse, during the time of his alleged scandal Porsha was pregnant with their child, and later experienced postpartum depression which he described as a contributing factor for his infidelities. During the latest season of the reality show the couple opened up about their problems in therapy, where Dennis made remarks addressing the truth behind what drove him to cheat, which was his lack of attraction to her during the pregnancy. The situation sparked outrage online! Aside from the obvious “mistakes” of cheating and betraying the trust in their relationship, Dennis claims that he’s ready to move forward in their relationship and is determined to do everything he can to mend their family.

I’m watching RHOA. & idk why Dennis has to apologize to Porsha’s family for cheating on her. I’ve never understood that.

Plus Porsha and Dennis have a whole newborn baby, he cheated while she was pregnant. Plus rumors you were sleeping with dogs and fucking bitches. You fucked up the family dynamic.

The amicable thing to do is talk to my moms, the closest person to me.

In order to move forward.

On the latest episode of reality show, that aired 1’19’20 Porsha and Dennis staged a family meeting with Porsha’s sister and both of the couple’s mothers. Her desire to have Dennis address the family stems behind her wanting Dennis to clear the air and solidify to the family that he’s changed his ways and understands his wrongdoings. Despite Porsha being ready to take her man out of the doghouse, she believed the meeting with her family was important because everything that happened in their breakup and separation effected them “indirectly”. Throughout the chase of winning his fiance back, Porsha  has made it clear that he embarrassed his family publicly and should publicly apologize in return. Overall, she’s looking for a grand gesture to symbolize his understanding of his mistakes. But hosting a family meeting to discuss their internal problems is where I draw the line. I’m completely understanding of the idea that your significant other will have to make attempts to get back in good graces with family and friends after making public mistakes, but once you win your partner back… shouldn’t that be enough?

What’s your opinion, if your man cheats, should he have to address the family and accept accountability to them personally? Or should all be forgiven by everyone once you make the decision to accept your partner back? Are there some things that should remain private and away from loved ones? Comment below with your thoughts!

I just watched this Episode where they had a family sit down to apologize i aint watched since the japan episodes(too catty) but im back hooked. Dennis gives me such bad vibes and porsha idnt smart

When I watched the scene of #rhoa with Dennis at the table with porsha and their family, I wondered WHERE THE F**K are the men?????? No daddies no husbands no brothers no uncles??? 🤦🏾‍♀️

This conversation between Dennis, Porsha and the family is pointless. I just don't see the point #RHOA

This makes me sad I was rooting for them together because Porsha is a good woman who deserves happiness!!! Dennis is dead wrong after he apologized to her mom and sister if I was his mom that would make me want to have him hurt real bad! I wouldn't because he is the father to PJ https://t.co/QbxosRd0Ue

They Came, They Saw and Some of Them Conquered: Worst and Best Dressed of The 62nd Grammy Awards Show
LAST MINUTE GET RIGHT: A GUIDE TO CHICAGO BARBERS, HAIR STYLISTS, ETC.