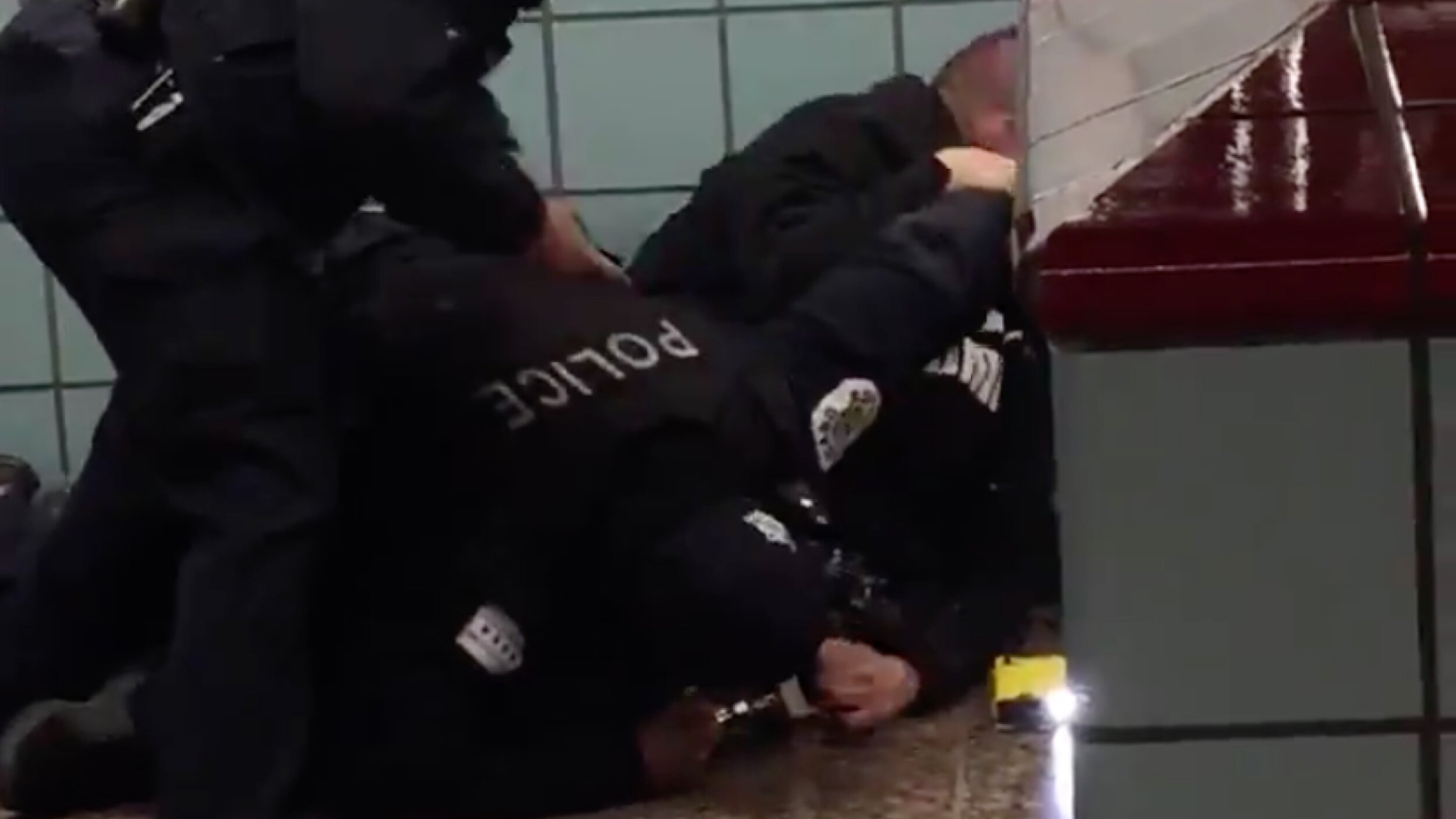 A Chicago police officer followed a man off a CTA subway train after he was seen walking between train cars. Then they struggled with him and shot him twice in a busy downtown Red Line station during the Friday afternoon rush hour, according to police. The Officers tried to restrain him by using pepper spray and stun guns, as seen in the above video. The man wouldn’t go down, and he began to run away, that’s when the officers withdrew their firearms and began to fire rounds.

“I have viewed the widely shared footage depicting the police-involved shooting at the CTA station. With the strong caveat that one perspective does not depict the entirety of the incident, the video is extremely disturbing and the actions by these officers are deeply concerning.” Chicago’s Mayor Lorilightfoot via Twitter

According to the Chicago Sun-times, the man who was shot made it through surgery Thursday evening at Northwestern Memorial Hospital, and though he remained critical, his condition was stabilized. After reviewing the footage, do you thinking the shooting was justifiable? Should the officers just let the man get away? Or did they do the right thing? Comment below.

If CPD is just going to be shooting everyone who is walking between train cars…. 🥴🥴🥴🥴 https://t.co/JxfIDXbqDw

FOR MOVING BETWEEN CARS. They critically injured this man by shooting him TWICE, for moving between train cars on the CTA. I hate CPD. https://t.co/ntAogsAfw0

The hear that cop say, “stop resisting” and “shoot him” repeatedly when an unarmed man was posing NO threat tells you all your need the know about these dirty cops. They should be charged with attempted murder and sent to jail😠