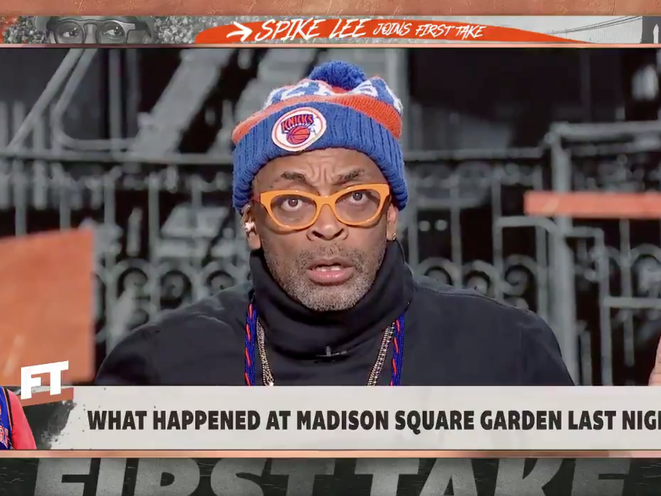 During Monday night’s New York Knicks game at Madison Square Garden, legendary film director Spike Lee was denied entry into the employee’s entrance. Lee has been using the entry for the past 28 plus years, but on Monday security told him to use a different entrance according to CNN. Video footage surface of the incident.

Lee went to ESPN to discuss the matter in which he stated, “They wanted me to leave the Garden, walk outside … and come back on 31st Street. And I said I’m not doing that,” Lee said that his ticket was already scanned, he didn’t trust them, and told them that he wasn’t leaving. Lee said that the team’s owner, James Dolan wanted to speak with him, but he didn’t want to talk about anything.

Spike brought up the fact that the arena had a broadway performance, in which he attended and came through the employee entrance. That event took place the prior Wednesday. He went on to say that if anything had changed with the rules then he should have been contacted, “When my deposits are due for the astronomical price for Knicks tickets and I’m one day late, my phone is ringing off the hook.”

The Knicks released a statement on Twitter saying that Lee and Dolan came to an agreement during the game, and the fact that he is angry for not being able to use the employee entrance is laughable.

Do you think Spike Lee has a right to be angry over this issue? Please let us know in the comments.