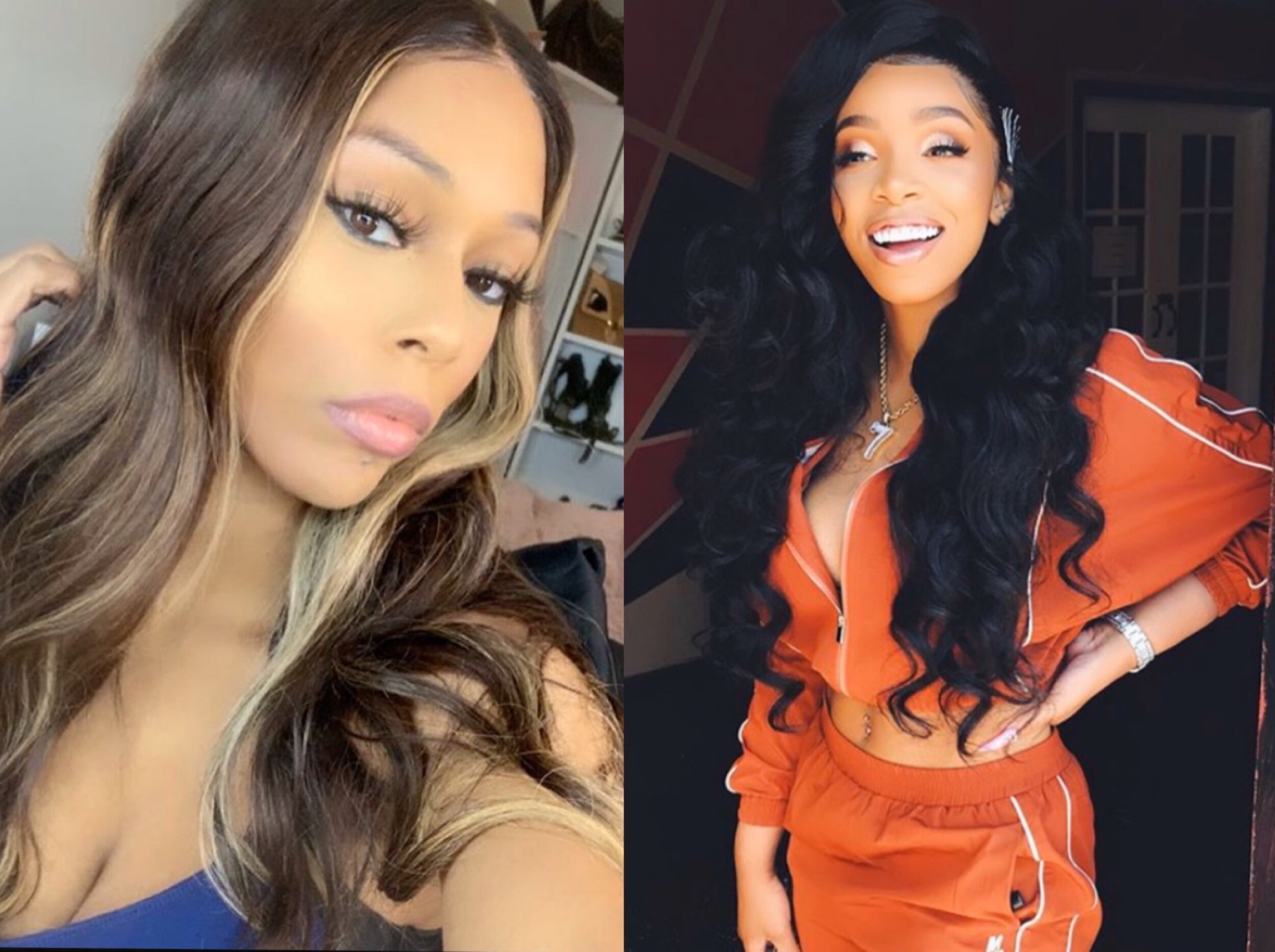 Love and Hip Hop Atlanta season 9 started off with a bang! The veteran cast got the show rolling with numerous stories and conflicts! During the season we’ll get an inside look at Momma Dee’s health scares and alcoholism, Sierra’s legal disputes, Kirk and Rasheeda’s conflicting business tactics with Shirleen, and so much more. The level of tension within the cast is bound to overflow!

In addition to the current cast a new member has been introduced, LightSkinKeisha. The Atlanta born rapper has entered the series giving nothing but happiness and black love. While her and her boyfriend Coca Vango were welcomed with open arms from almost everyone, there are some cast members who aren’t happy with their presence.

Monday night’s third episode gave us a deeper look at Bambi’s beef with LightSkinKeisha. At her husband’s, Lil Scrappy, surprise birthday party Bambi states she doesn’t “know her… but I don’t think I like her.” While talking with friends Spice, Shekinah, and Tokyo Vanity, she goes on to insinuate that LightSkinKeisha was messing around with Coca while he was still in a relationship with her “home-girl Amy”. As we don’t know the complete story as to how LightSkinKeisha and her boyfriend’s relationship began, the rumors of her being a home-wrecker are following her around Atlanta.

Despite the fact we may not be familiar with all the details of the story behind Coca, Amy, and LightSkinKeisha, we’re all too familiar with the narrative in general. The conflict between side pieces and main chicks is an ageless dispute that everyone has become too accustom with. As Bambi defends her friend Amy, she points the finger at LightSkinKeisha and blames her for intruding in on the “happy home”.

Although many can appreciate how hard Bambi’s fighting for her friend, her comments are being held against her on social media because she was once the “other woman”. Viewers have flocked to express their opinions on the issue and brought receipts to humbly remind “The Bam” of her introduction to the show as well as her foundation with Lil Scrappy. During previous seasons Lil Scrappy’s baby mother, Erica, was a consistent cast member. Before leaving the show we witnessed him fight for his relationship with Erica and in the midst of them figuring it out, Bambi was then introduced into the picture.

Keisha the youngest bitch on this show but got the most sense.

Rule #1: Don’t ever get mad at the new bitch, take that up with him. #LHHATL pic.twitter.com/r7PkU1IcDn

Bambi’s beef with LightSkinKeisha over girl-code has opened the floor for conversation. Should girl-code be honored among all women or simply between the ones you consider friends? Also, is Bambi being the typical toxic woman in the situation by placing blame solely on the other woman and not the man? Comment below and tell us your thoughts.