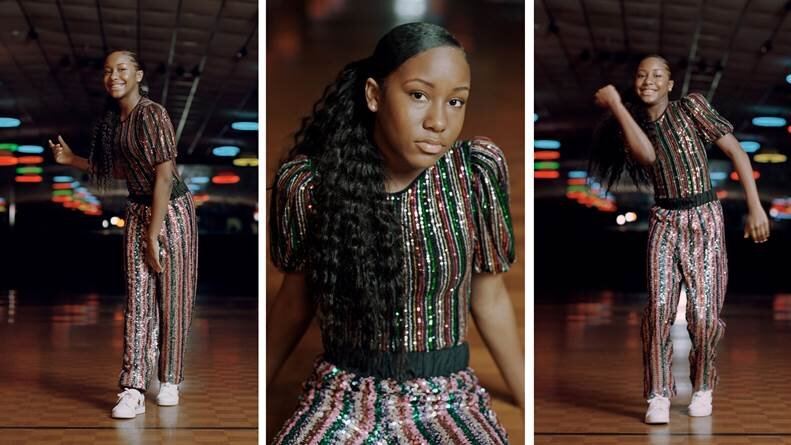 This morning the creator of the viral Renegade Challenge, Jalaiah Harmon teamed up with Warner Bros. Pictures for a new TikTok Challenge in anticipation of the new animated feature adventure, SCOOB! releasing digitally on May 15!

Following an insightful Teen Vogue feature where Jalaiah shared her excitement and simultaneous frustration with not being credited for the viral Renegade Challenge, Warner Bros. Pictures jumped on the opportunity to collaborate with her for her first official brand partnership since she created the choreography for the dance craze a few months back.

14-year-old Jalaiah Harmon is the creator of the viral “Renegade” dance, set to K Camp’s song “Lottery,” which has landed her a video collaboration with K Camp, an appearance on The Ellen DeGeneres Show, and even a performance at the 2020 NBA All-Star game.

Jalaiah told Teen Vogue that her dream job is to be a choreographer shortly before teaming up with Scooby-Doo to create another TikTok dance sensation.

The original music for #ScoobDance was written especially for TikTok by the creative agency Movers+Shakers, the creators of the most viral brand song in TikTok U.S. history, #eyeslipsface.

African Americans and the Coronavirus: Would you get Vaccinated?
THE 2020 BUZZ AWARDS NOMINEES