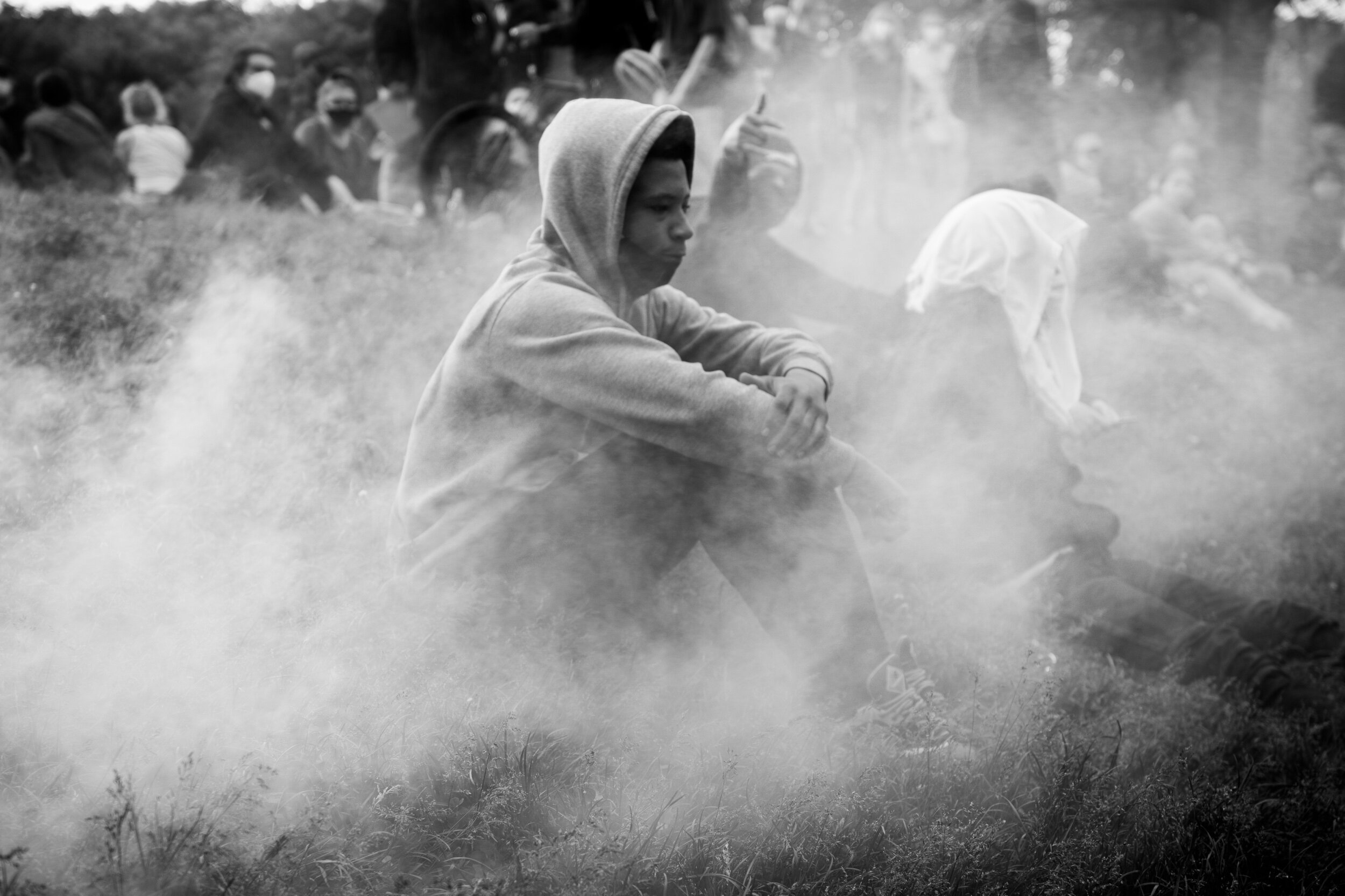 May 31st, 1921 marked the first day of the Tulsa race massacre that took place in Tulsa, Oklahoma, from May 31st to June 1st. This massacre was an attack on an affluent black community by racist whites. “The Greenwood District, which was known as “Black Wall Street,” was decimated in a matter of days. Roughly 1,200 homes were burned, 35 blocks burned, and an estimated 300 black people killed.” According to the Vox article.

Many people know this significant moment in history as the Tulsa race riot; however, it should be remembered that this was an act of domestic terrorism. The name Tulsa race riot was a way to try to make it seem like both sides were at fault. In actuality, businesses were burned down, people were killed, and “Black Wall Street” was destroyed.

The massacre began after a black teen was arrested for allegedly assaulting a white female in an elevator. The black community gathered at the courthouse to protect him from being lynched. Whites didn’t take too kindly to this; they loaded guns and ammunition and went into Greenwood looting homes and businesses. There has been hardly any accountability for the actions taken against that community.

and still no accountability…

One year shy of the 100th anniversary of the massacre, we see nationwide protests that have turned into riots. On Monday, May 25th, George Floyd was killed by a police officer who used unnecessary force with his knee on the back of Floyd’s neck for almost 9 minutes, resulting in his death.

This unjust killing has sparked a wave of protests around the country, starting in Minneapolis and continuing in places like Los Angeles, New York, Indianapolis, and Chicago. Peaceful demonstrations quickly turned into violent looting sprees, with people breaking into stores and taking goods. Many have noticed that it isn’t the protestors or the black community who are inciting these riots. There has been footage of nonblack people defacing property and leaving tools to bait people into destroying buildings and creating mayhem.

Made this for Those Protesting & Those who aren't. These are a Collection of post that I found to be informative and supportive of a wholistic perspective; As I stated before, this is the generation that will have to combine the teachings of Malcolm and Martin. I use them because they're most popular in extreme activism. Know We have to come at this from every angle. & Respect each other's style of fight. So what's yours? Those who identify themselves as Protesters/ Physical Warriors & Front liners- Go forth. Non violent persons- Go Forth. Do your part. NNon violent persons who don't Protest, identify yourself; You are often Spiritual Warriors or Intellectual Warriors or Healers-So slay your part. Set up collective prayer armies we need those: Make calls, DONATE, map out and Blueprint the new Black WallStreet, document, gather information. Healers BE READY to heal the wounded with your healing expertise.). But DO 👏🏾NOT 👏🏾JUST 👏🏾WATCH. 1. Point is-We can't attack each other right now. We can't cripple others with what we think they should do. We ALL have to move according to our purpose and destined roles in this. So what's yours? 2. Protestors, be aware. Know that all "allies" aren't allies. Some are paid provokers. Know that your own people are getting paid to ensure rioting. Don't fall in traps. REAL ALLIES Get On/ Stay on Your Part, and educate yourself even more on how to do it better every time. 3. This isn't necessarily a race war. It's a fight against police brutality and the system. Know the difference. ______________________________________ #justiceforgeorgefloyd

My heart hurts watching this. I don’t know what their motive is or who organized these white people to come out, but they don’t care about us. That one woman is about to burst into tears and they won’t even look at her… pic.twitter.com/35Hz5ldAaC

Who remembers the Chicago bait truck in 2018? Where the Chicago Police Department placed vehicles of high-end sneakers in poverty-stricken neighborhoods to lure potential thieves. This example shows that no one should be surprised that this corrupt system would do anything to put us in a situation to be viewed as criminal or set us up for failure.

Similar to the 1921 massacre in Tulsa, our communities have been targeted and used as a tool for their propaganda. Not saying there aren’t blacks who are not partaking in the looting festivities; if you had the chance to snag free food and electronics, why wouldn’t you? Various things come into play in regards to the looting, but the video footage of the protests that the media is promoting displays otherwise. It depicts African Americans as being the only looters opposed to the other ethnic groups that were involved. African Americans are left with being called thugs and animals by our own President.

….These THUGS are dishonoring the memory of George Floyd, and I won’t let that happen. Just spoke to Governor Tim Walz and told him that the Military is with him all the way. Any difficulty and we will assume control but, when the looting starts, the shooting starts. Thank you!

President made these remarks on twitter, a month after praising the white protestors in Michigan. He praised the Michigan protestors who marched to the Capitol with firearms demanding the government re-open.

The Governor of Michigan should give a little, and put out the fire. These are very good people, but they are angry. They want their lives back again, safely! See them, talk to them, make a deal.

It’s never enough, and there will always be complaints about what we should and shouldn’t be doing. But continuing the same things over and over again with no change will not result in any different outcomes. Violence is expected when you are coming from a place of not being heard and continuously being harmed and killed. But we will not let others shape our narrative and tell the story they want to say. Will there ever be accountability for the police force, calling them out for their heinous acts? Will there be accountability for America and what it has done and continues to do to us?

“The Black community is not responsible for what’s happening in this country right now—we are. We are. #GavinNewsom #California #BlackLivesMatter

LOOTING VS MARCHING: Should we be peaceful?
Community Solidarity: Food Giveaway on 79th and Cottage