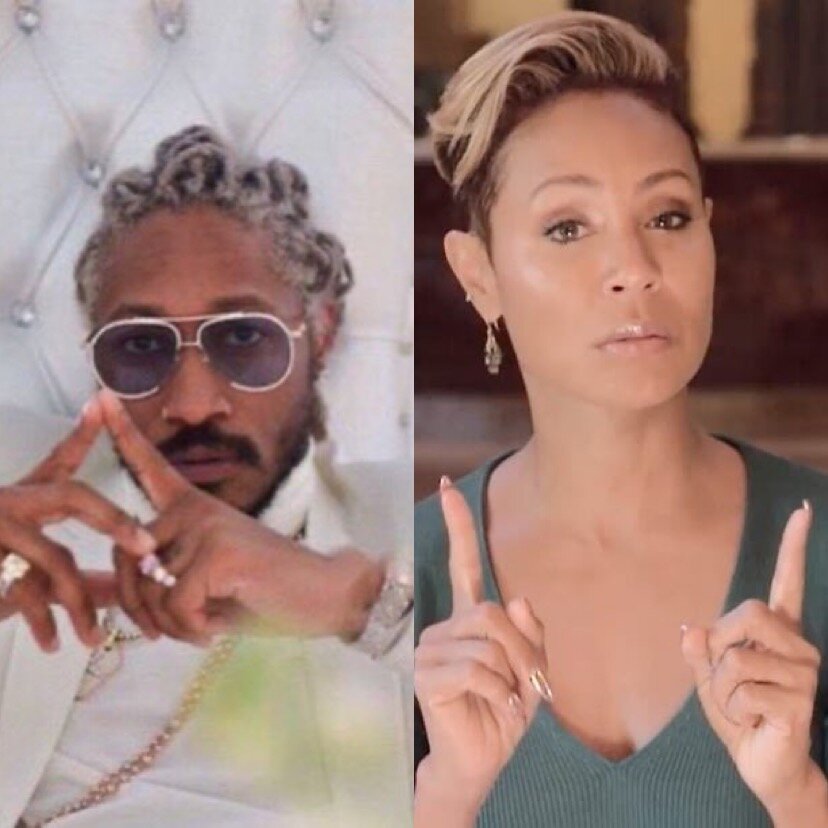 Entanglement has been the word of the day ever since Jada and Will had their red table sit down about the August Alsina situation. The two spoke about what happened, and we learned that when she had her “entanglement” with August they were separated and that Will did his own thing (there were no details of if his affairs happened during the time Jada was seeing August however).

There has been a lot of discussion about the mind state that August was in when he met Jada. The nature of their relationship was about healing, and that’s how he came to be involved with the Smith family. Obviously they became closer and the relationship became something more than just mentor and mentee. Jada has been held under fire for taking advantage of a young man when he was at a low point in his life, basically using him to scratch her itch and then disposing of him.

What Jada did was wrong. She manipulated someone who sought healing from her, turning the relationship into a sexual one. The state of her and Will’s marriage was separation. Sleeping with other people while you are separated from your partner is a different conversation, and apparently he did his dirt as well.

The conversation is really about people speaking ill of Will saying how hurt he must be to hear about someone else making his wife happy. I can’t help to think that if this was the other way around everyone would be saying how real of a woman Jada is to take her man back after he cheated, how she held her man down, and to be with a man is to deal with his ways.

I mean how many times have we seen this? Look at Waka Flocka and Tammy, and Gucci Mane and Keyshia. In these two situations alone, the conversation has been circled around dealing with a man in his immature stage and how much of it is rooted in love. Why isn’t the same approach used when a man sticks with his wife through her infidelity?

A VIBE🤘 A BOND🤝 A LUV ♥
Can I HOLD U DOWN?!?#GucciAndKeyshia #KeyshiaKaoir #TheWopsters….. Yeah Imma Fan!!
No Matter The FREAK I AM😜🙌😝

TSR STAFF: Christina C! @cdelafresh ___ Let me get a show of hands for the people who agree with the logic that surviving an affair can make a relationship stronger. Well, you're definitely not alone if your hand is raised given that #WakaFlocka said cheating on his wife #TammyRivera made her better. ___ The revelation came up during a couple's therapy session on their show, "Waka & Tammy: What the Flocka." Waka has a steadfast belief that his cheating had made Tammy "a beast." ___ "I actually made her meaner. She had no idea what she was up against. It could have made her or broke her…it made her even better than what I thought," Waka told their therapist Dr. Siri. "I helped her." ___ But Tammy wasn't buying any of what Waka was selling. She fired back by saying-click the link in our bio to read more. 📹: @wetv

Women are seen as riders when they stick with a man after he’s slept around on her, without their marriage even being rumored as open. Society has taught women that all men cheat, that it’s normal for a man to objectify the female sex and see her as disposable, and that our love for our husband should be rooted in how much we are willing to take from him. So why isn’t the same being said about Will?

Instead he’s clowned, made fun of, and victimized, even though it was stated that he also stepped out. Why is cheating only wrong when it happens to the man?

She did Will dirty. Look how hurt he looks… #willandJada #WillSmith pic.twitter.com/CoMe1XHj7p

That part where he says “Ima get you back first” is very telling of how hurt he really is 💔😞. Poor Will #redtabletalk #jadapinkettsmith #willandJada #WillSmith pic.twitter.com/Nb71ctJPb3

Stepping out on someone you are in a relationship with is wrong. But if that person decides to stick with their partner no matter man or woman it’s their business. It shouldn’t be normalized as a thing that men do or something that women have to put up with to be in a relationship.

Will and Jada worked out the kinks that they were dealing with in their marriage; “Ride together, die together, bad marriage for life” they chanted together during the talk. Nobody will understand everything that happens in someone else’s relationship. Nothing is normal nor should it be normalized.

It’s okay for us to feel sorry for Will. However let us keep that same energy for the women who go through the same thing, instead of saying that it’s something that makes them stronger, something that proves their love, or something that they will have to look forward to when they are in a relationship with a man.