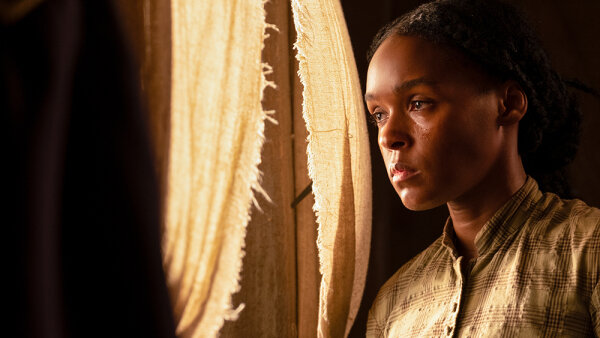 This weekend welcomed the long awaited film Antebellum. The film stars Janelle Monae and is the directorial debut from writer-director duo, Gerard Bush and Christopher Renz. The movie is described as a mystery-thriller, but those who’ve seen the trailer know that it’s difficult to pinpoint the film’s plot. The plot is even more difficult to explain without giving away the entire movie once you’ve seen it.

The movie captivates you from the start, but slowly loses you throughout. Antebellum goes back and forth from confederate times to modern day with a twist at the end. I was intrigued by the film, but thought best that I give the pros and cons of it for those who are skeptical about watching.

PROS: Janelle Monae proves that she is an amazing actress. One of the best things about Antebellum is Monae’s performance. I love how she can slay a role, and while watching I rarely think of her as the songstress that I’ve grown to know and love. She embodies any role she is put into and transforms effortlessly.

The cinematography in the film is beautiful. The film’s beginning shots are explained as mirroring the controversial film Gone With the Wind, and it goes as far as to even use the same lens used in the making of the 1939 movie. You can’t help but be taken aback by the runaway slave scene in the opening, so dramatic and breath-taking.

The film does spark conversation. There is no way you can watch the film without leaving with a variety of questions in your head, number one being, “what if?”

CONS: The film mimicked Get Out too much; it’s as if Antebellum wanted to be the Jordan Peele film. With Peele’s Get Out you ultimately knew what you were getting into. Jordan Peele created a film in which we knew that racism and modern day slavery were the two main themes. Antebellum disguised itself too much, resulting in too much mystery and wonder.

The film left you with too many unanswered questions. It was like you were waiting for your questions to be answered in the end, but you were let down and hope was gone out the window for that by time it was over.

You can watch Antebellum on ON Demand via any TV provider. Be sure to tell us your thoughts on the film!