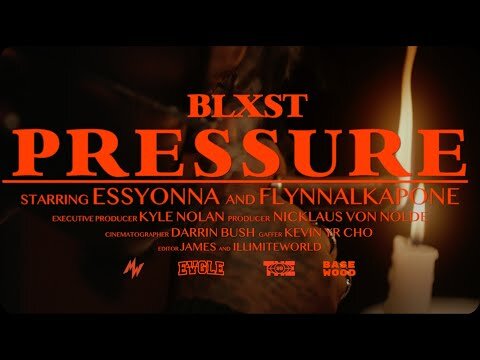 Following his acclaimed debut, Blxst returns with the deluxe version of No Love Lost, with the addition of six new tracks.

The Cali artist tapped fellow West Coast heavyweights Ty Dolla $ign, Tyga and Bino Rideaux for guest appearances on the deluxe edition, which also features his Dom Kennedy-asissted single, “Got It All.”

To accompany the release, Blxst dropped a music video for his newest single, “Pressure,” which finds him toasting at a dinner with friends to celebrate his wins, his losses and other triumphant moments of the year.

“Ayy, I ain’t heard one bad Blxst song / Gevity, gon’ last long / He the new Nate Dogg / He the West back bone,” raps Blxst. “I was just broke last year, now the cast gon / Back was on ropes last year but we back on.”

Blxst is still riding the wave of his 2019 No Love Lost EP, which debuted at #14 on Billboard’sHeatseekers Albums Chart and #8 on iTunes Top Hip-Hop/Rap Albums.  It was paired with a series of cinematic music videos for tracks like “Be Alone,” “Overrated,” “No Love Lost,” and Blxst’s breakout hit, “Hurt.”