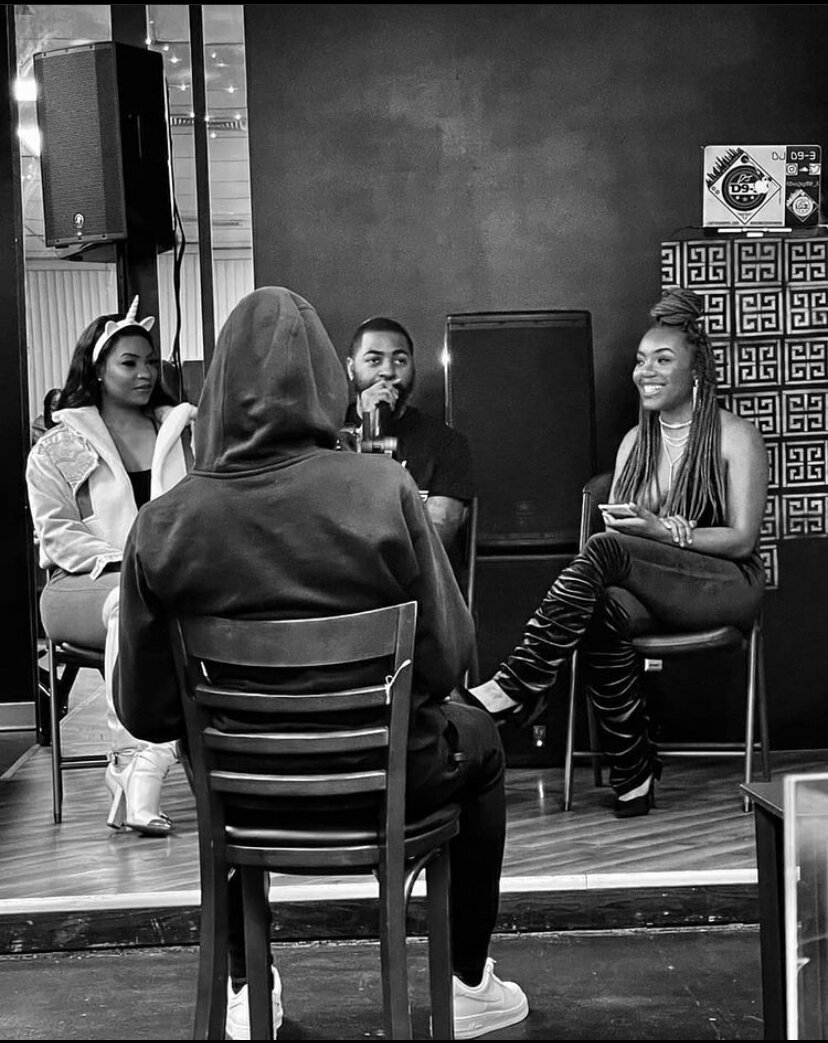 COVID-19 has put a pause on countless events this year due to shelter-in-place orders that were mandated in various states. Such mandates put pressure on the creative community that caused artists, producers, and DJs to find inspiration at a time when it seemed like all hope was lost. DJ D9-3 used this time in isolation wisely, cooking up a project that includes an assortment of artists from different areas of Chicago.

Damn Near is the title of DJ D9-3’s 16 track album which features 15 buzzing Chicago artists. Some of the featuring names include Chanelle Tru, Lajé, Quis J, and Sprado, who were all in attendance to celebrate Dj D9-3’s debut project.

The event took place in Hammond Indiana, which has less-strict guidelines when it comes to gatherings during the pandemic, at a Black-owned creative and incubator space called Pyramid Biv. The venue was very spacious. It included a bar, a barbershop, a tattoo space, and another party room in the back that could house a similar event. The space was ideal for the listening party a
s it provided a shield from the outside world and its issues, which seemed to disappear for a few hours.

D9-3 began making beats for his album Damn Near back in March when the quarantine first started, as he tried to fill the void of not being able to go outside, which is how he made the bulk of his money. There was something that made this set of beats different than the ones he created in the past, “Some of the beats that I made in the past it’s like, they’re cool, but these are like damn like what the fuck? You know, I gotta do something with this and this is like what really made me turn up and like create this album,” said D9-3 during an on-stage interview at the album listening party.

After being motivated by his newly created beats, D9-3 hooked up with engineers A-Train and Lamar Farr. The two assisted him with mixing and mastering and he began to reach out to artists, sending them different beats and built up from there.

D9-3 spoke on having 15 Chicago artists on the album stating that all of them have a unique talent that brings something special to each track. The intensity in which he spoke about their versatility created mutual energy for the room, heightening the excitement for the project.

Damn Near features tracks that are extremely enjoyable and entertaining. The amount of range on the album is what stuck out the most, nothing really sounds the same. My favorite track comes near the end, entitled “So Lyt,” a song that solely features production from DJ D9-3. “So Lyt” is a dance track the makes you want to stand up and foot-work, it captures the essence of what it truly means to be a Chicagoan.