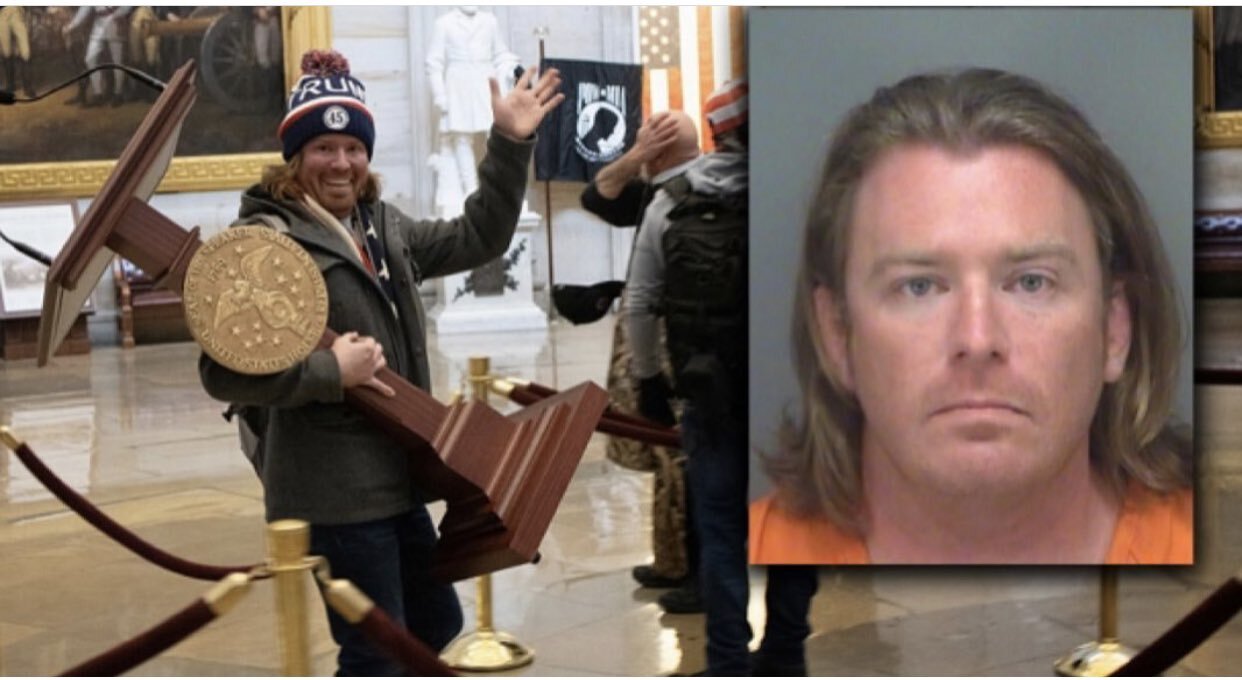 Via Getty, one the rioters steals a podium from the Capitol pic.twitter.com/V4spojl40q

Florida resident Adam Christian Johnson, the man captured in viral photo carrying Speaker Nancy Pelosi’s lectern from House chambers during the riot at the U.S. Capitol on Wednesday, has been arrested.

From his feet on Nancy Pelosi's desk to an Arkansas jail. Here's a mug shot of Richard Barnett, who was arrested this morning and is now facing federal charges pic.twitter.com/rpSJ3BvyAm

Barnett was charged with knowingly entering and remaining in restricted building ground without authority, violent entry and disorderly conduct on Capitol grounds and the theft of public property, officials said

“What to the Slave is the Fourth of July?”
CHICAGO RAPPER SAYS FIVIO FOREIGN STOLE HIS SONG