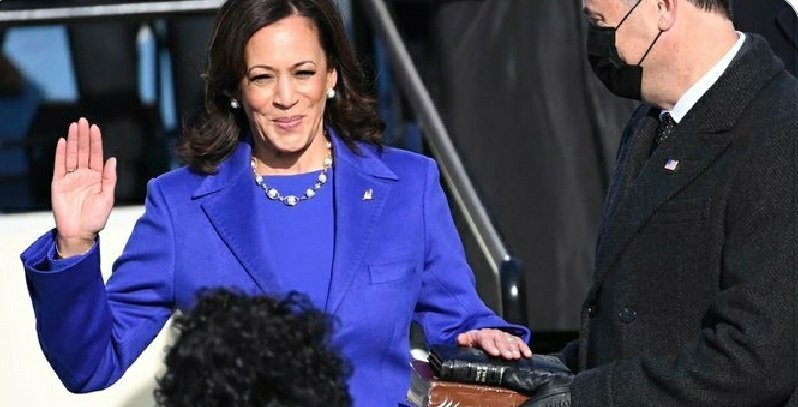 Kamala Harris is officially the first woman, African American and Southeast Asian to hold the office of the Vice President of the United States of America. (Via @ABC) pic.twitter.com/u4fvID5Coz

Kamala Harris has been sworn in as vice president of the United States, becoming the first woman, first Black person and first Asian American to hold the office. She is also the first graduate of a historically Black college and the first member of a Black sorority to do so.

The former California senator was sworn in by Sonia Sotomayor, the first Latina on the supreme court. Harris has chosen to be sworn in using two Bibles, one from the late Thurgood Marshall the first Black supreme court justice, and one from Regina Shelton, a close family friend who was something like a surrogate mother for Harris and her sister growing up.

“There is always light, only if we are brave enough to see it…”. Amanda Gorman Just breathtaking! Inauguration President ⁦@JoeBiden⁩ and Madam Vice President ⁦@KamalaHarris⁩ #YoungestPoet pic.twitter.com/poN2ZRag5m

In tears watching this extraordinary moment for women in the U.S. and the world. Vice President @KamalaHarris 🇺🇸 pic.twitter.com/nwsokkD3cY