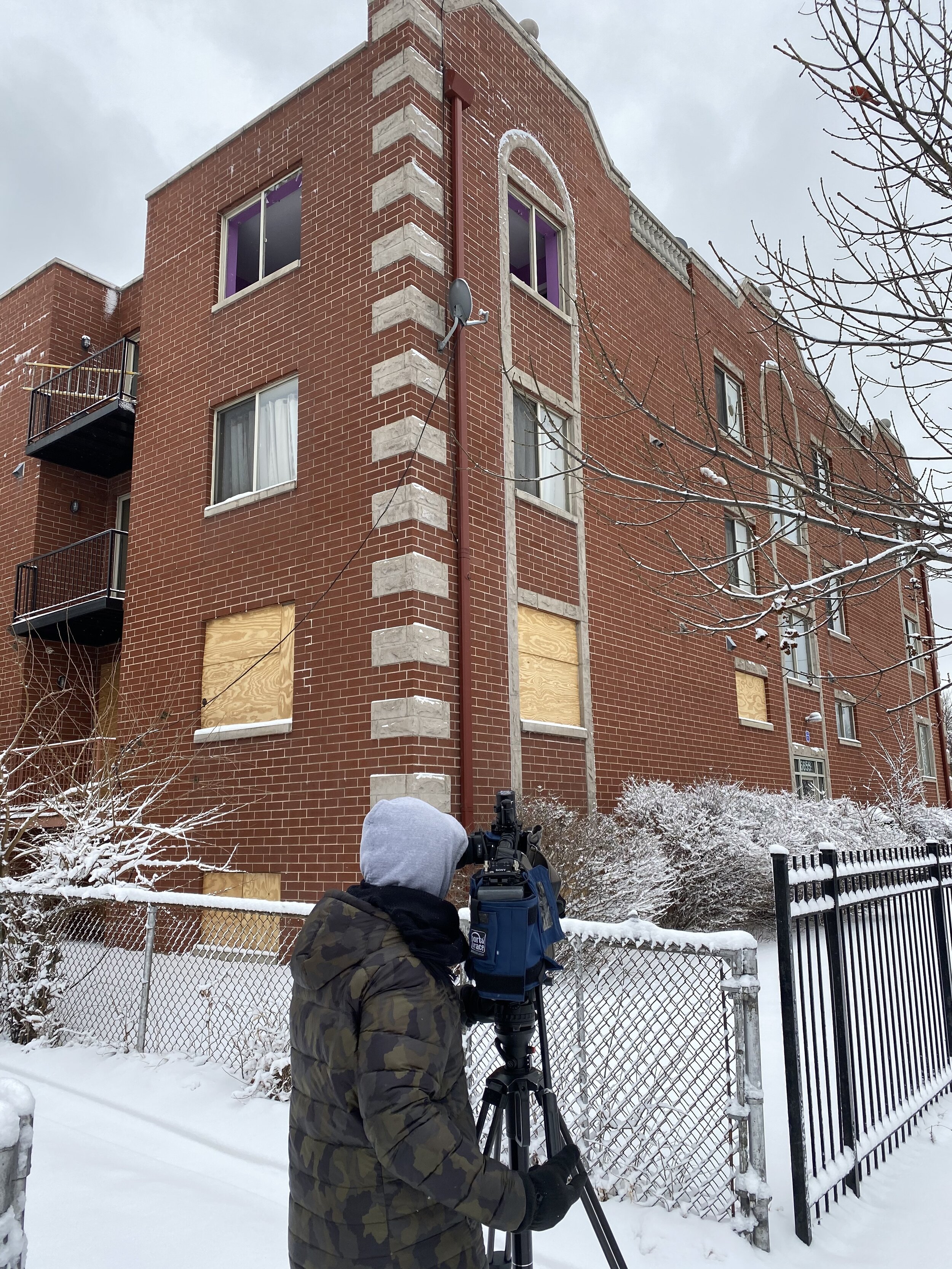 Her name is Tashayanna, a Black woman who lives in a multi-unit building that is located at 6655 S. Perry on the city’s South Side. The tenant moved into the building on May 4th of last year, where she said her landlord, Amer Mostafa made 5 illegal entrees by May 10th.

On Tuesday, January 26, 2021, the nonprofit activist group GoodKids MadCity held a press conference for Tashayanna to address the altercation that she experienced with her building manager.

Tashayanna is venting, saying land lords are taking advantage of tenants during the pandemic pic.twitter.com/xBOznAlW84

The press conference took place in front of the building the day after a hefty snow storm, one of the heaviest the city’s seen in the past two years. Supporters stood in solidarity with Tashayanna as the glass windows to her apartment remained broken, allowing the bitterness of winter into her place of dwelling.

A big snowstorm just hit #Chicago & tenant Tashayanna doesn’t have windows to stay warm ever since her Landlord allegedly broke them out!

On January 10th, Mostafa allegedly busted Tashayanna’s windows—Mustofa is claimed to have a history of being abusive with multiple tenants. Tashayanna further states that she recently went out of town and Mostafa broke down her door and ravaged her home; he also got physically abusive with her when she attempted to repair the windows he had smashed and began to kick her when she fell to the floor as they struggled with the plywood.

Imagine the horrors landlords are able to get away with if you don’t have community to back you! CPD hasn’t done anything to support her in this situation! A judge denied her an order of protection! We literally have to keep us safe!#ProtectBlackWomen #HousingForAll #DefundCPD pic.twitter.com/7Wt2U4rtdw

GoodKids MadCity paid for Tashayanna to stay in an Airbnb and she currently has a GoFundMe for supporters to help her in finding stable housing and replacing all her items that were destroyed by the snow. Tenants and activists are demanding that Mustofa be terminated as building manager and the building be turned into a tenant-run cooperative.

Judas and the Black Messiah: A Summit on the Illinois Chapter of the Black Panther Party
Lil Bibby Confirms Long-Awaited Collab Tape With G Herbo Is Coming