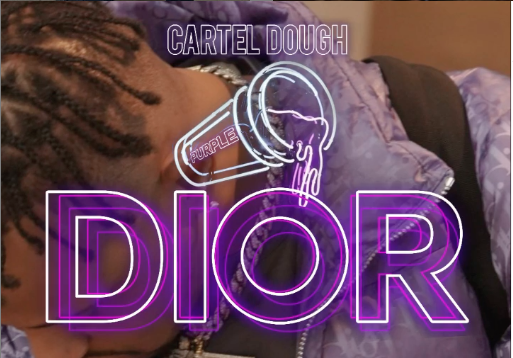 Cartel Dough is Atlanta’s best-kept secret, and with cosigns from rap colleagues like Migos, Future, and Young Thug, his music is continuing to gain momentum. He recently released a lit visual following his single Purple Dior

The music video to “Purple Dior”, produced by Kutta, who has charted with major artists like Benny The Butcher, Future, Mulatto, and more, follows run-it-up rapper Cartel Dough through a house party filled with strippers and dim lighting, reflecting a purple hue. “Purple Dior,” makes it clear that Cartel Dough is all about the money and always stays true to his grind. The ambiance sets the tone for the summer and proves why Cartel Dough name rings throughout the city of ATL.