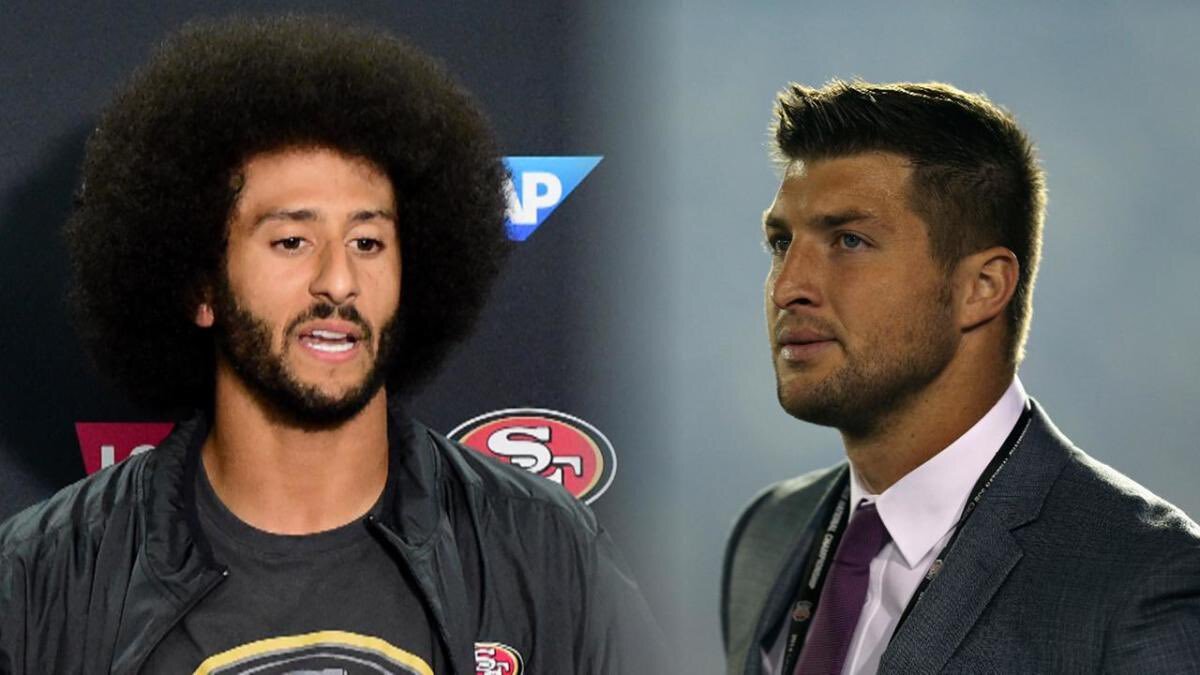 Tim Tebow is reportedly headed back to the NFL, signing a one-year deal with the Jacksonville Jaguars that would see him on a pro squad for the first time since 2012 … but this time as a tight end, not a QB. Tim Tebow has a “Father Like” relationship with Jacksonville’s new head coach Urban Myer. Tebow & Myer won two National Championships with each other at The University of Florida (Tebow was the starting Quarterback)

Tebow career in the NFL didn’t last that long; the former Heisman winner has been out of the league for the past eight years. He is now 34.

Many analysts in the sports world have expressed their concerns pertaining to this signing. The one that has sparked conversation in the hip-hop community is that Tim Tebow is allowed a fair shot at the league before Colin Kaepernick. Kaepernick a former Quarterback who has led a team to a Super Bowl appearance within the last decade. Many might remember the special “tryout” the league had for Kap back in 2019. Many believe it wasn’t a real opportunity, it was just an attempt from the league owners to save for face for the media.

The argument here is that the Jaguars – despite the NFL spending years capitulating to “Woke” causes at the expense of its fans – are a super racist team and chose Tebow over Colin Kaepernick because of White Supremacy.

This signing destroys the “Kaepernick has been out of the league too long” narrative. https://t.co/RzehBbtVd6 pic.twitter.com/oazE5fKIIg

Kaepernick – Hasn't played since 2016. Gets nothing.

What's the difference? Can't seem to put my finger on it… pic.twitter.com/F9BF5CdqKX

Remember, Colin Kaepernick isn’t in the NFL because…
– “he was a terrible QB”
– “he brings a media circus everywhere”
– “he hasn’t played in years”
– “kneeling is disrespectful” pic.twitter.com/12vwtUlTIz