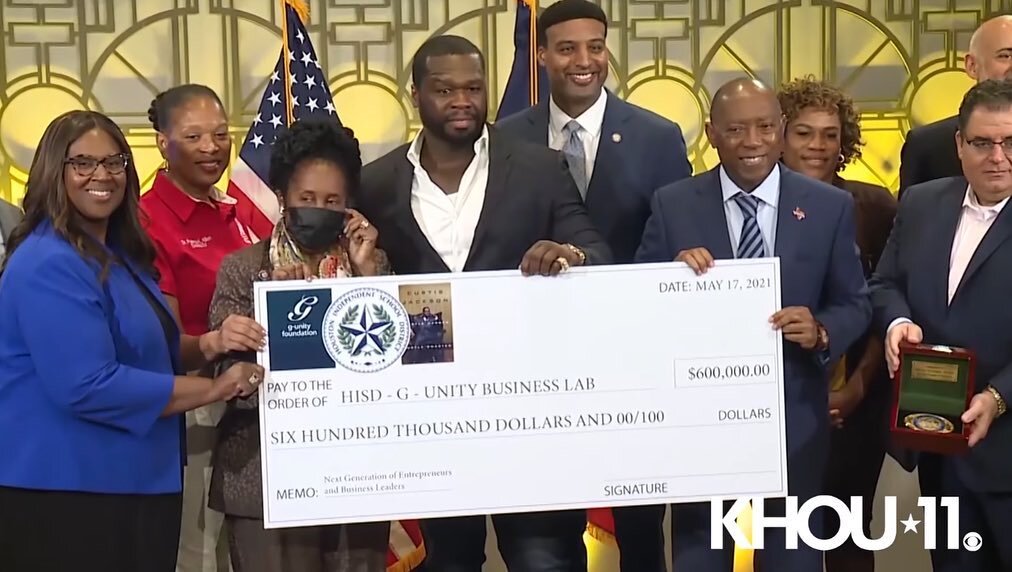 50Cent announced he is partnering with Houston ISD, Horizon United and the G-Unity Foundation to launch the inaugural G-Star program at Wheatley, Worthing and Kashmere high schools. he is focusing on building and making donations to academic enriching programs.

“These programs will really get people excited to learn again after everything that’s been going on,”

The program will also offer students paid internships and opportunities to connect with business leaders and 50 Cent himself.

Students at the three schools will also get access to the G-Unity Business Lab, where @50cent will mentor student entrepreneurs and help create the next generation of minority-owned businesses in #Houston. pic.twitter.com/ObYWVcBEM0

The kids that won’t listen to nobody, will listen to me, we come out of the same kinda confusion. This program is just gonna show them how to win. #bransoncognac #lecheminduroi pic.twitter.com/OhAq0j4uO9

DaWeirdo Drops Visual For New Summer Anthem P.A.M (Pussy and Marijuana)
Summer Smash and Lollapalooza: How do the lineups matchup?