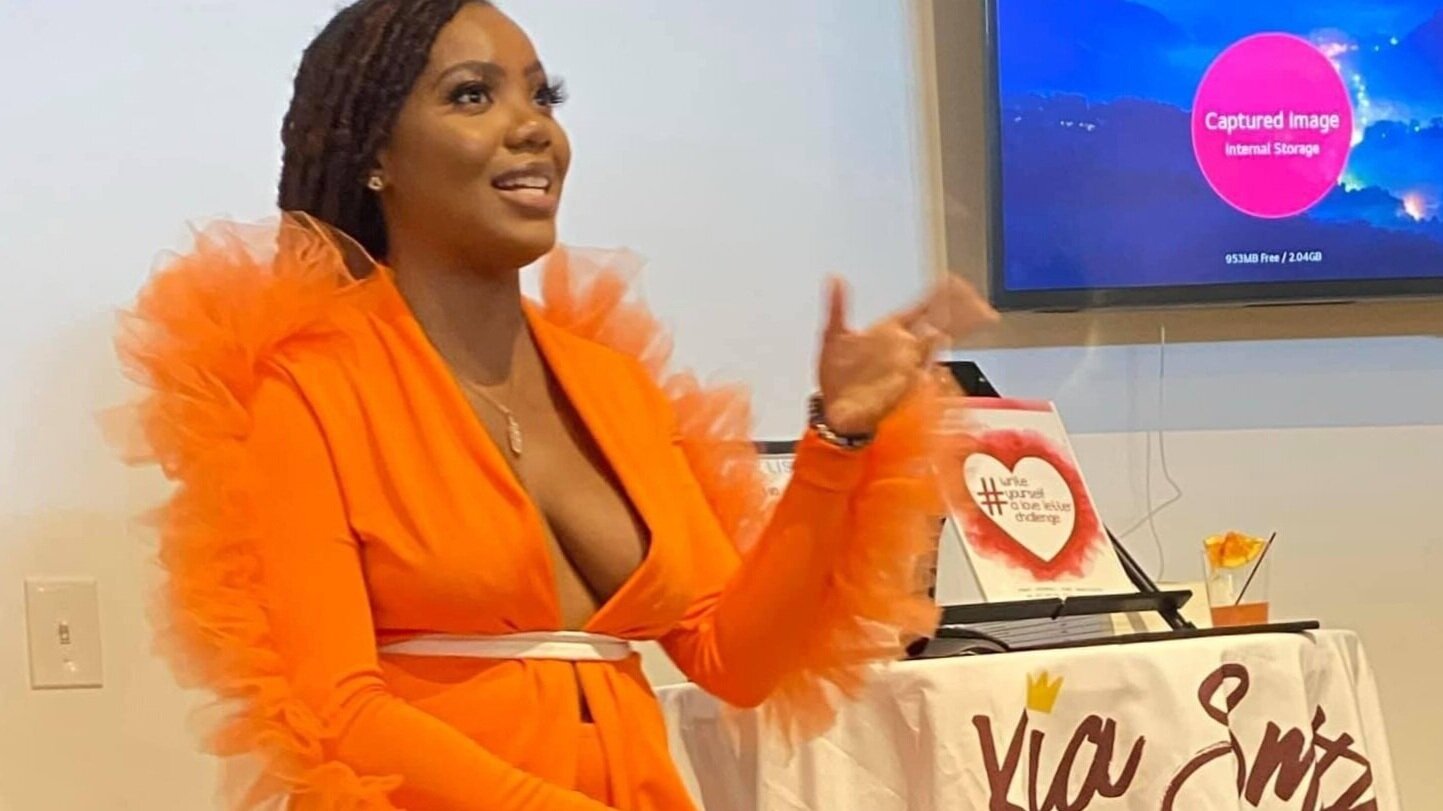 The #WriteYourselfALoveLetterChallenge was created 5 years ago by Smith during a summer college class on social media campaigns. Smith says that she realized she struggled with loving herself during that period of her life—she wanted to help others going through similar issues deal with their struggles through positivity.

Though she asked guests to
wear all white, Smith rocked an orange jumpsuit created by fashion designer King Brema. The look was grand, symbolic of what the event was for Smith and those in attendance. The workshop was full of conversations about the meaning of self-love and hypothetical scenarios in which attendees worked together to figure out what were the best self-love solutions for the dilemma.

Marilyn Barnes, who met Smith when they both were mentors and tutors in North Lawndale in 2017 said that she’s been supporting the #WriteYourselfALoveLetterChallenge event since she met Smith and even attended last year’s event during the pandemic, “It was like literally right before all the lockdowns happened, I don’t think as many people showed up, but I was like, I’m still gonna go. That was before things kind of got really crazy because she usually does it in March around her birthday.”

Kathy, who goes by the name Slim says she has been friends with Smith for about two years, and this is the second time she’s attended the workshop. Slim says her favorite thing about the event is that people feel safe sharing their stories, “You shouldn’t feel alone, we all know how some of these things feel and you can just learn from other people’s experiences.”

When asked what she thought was different about this year’s event, Smith said that she felt that she gave herself more grace, “So I had some technical difficulties. Usually, I would have had a meltdown, but it’s about pivoting. It’s about improvising, it’s about thinking ahead, it’s about giving myself grace and compassion. I can’t preach giving grace and compassion for other people, if I’m not doing that to myself.”

During the #WriteYourselfALoveLetterChallenge event Smith also had her book of the same name for sale. The self-love journal is Smith’s first book, and it includes questions that aid readers in their self-reflection and self-love journey. Smith’s second book entitled, Love Rehab, is an urban-fiction novel. Love Rehab will be for sale starting June 24th with preorders starting this week.