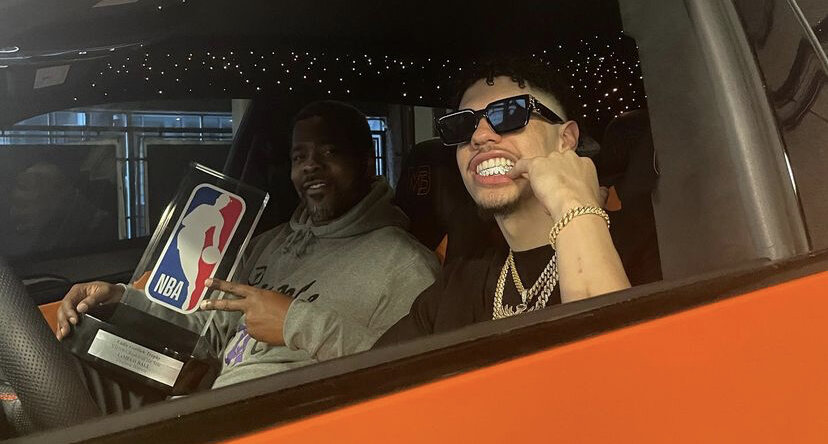 The NBA playoffs are one of the most exciting times for players and fans, as we get to see which teams are the real deal in the biggest moments. But at the same time, players are rewarded for their regular season contributions.

For the past few weeks, the NBA has highlighted the accomplishments of players and coaches around the league as teams are competing in the playoffs. This includes the announcement of the league’s Most Valuable Player, Nikola Jokic of the Denver Nuggets, the Most Improved Player, Julius Randle of the New York Knicks, and Coach of the Year, New York Knicks coach Tom Thibodeau. Utah Jazz center Rudy Gobert, also won his third Defensive Player of the year award.

This week, the league announced more awards, including the NBA Rookie of the year award, which was won by Charlotte Hornets guard, Lamelo Ball. Ball averaged 15.7 points and 6.1 assists, while helping his team to a 33-39 record. Ball also became the youngest player ever to record a triple double in an NBA game during his rookie campaign. Ball beat out the Minnesota Timberwolves’ Anthony Edwards and Sacramento Kings’ Tyrese Haliburton for the award, with many thinking Edwards deserved the award.

And the NBA's Rookie of the Year goes to … LaMelo Ball, sources told @wojespn 🏆 pic.twitter.com/5cZK4VAadr

Outside of the individual honors were the NBA All Defense, All Rookie, and All NBA teams. These awards are given to the best defenders, best rookies, and overall best players in the NBA. The lists are highlighted by Los Angeles Lakers Forward Lebron James, who made the All NBA second team. This is James’ 17th straight All NBA selection in his 18 year career. This selection extends James’ all time record for most All NBA selections.