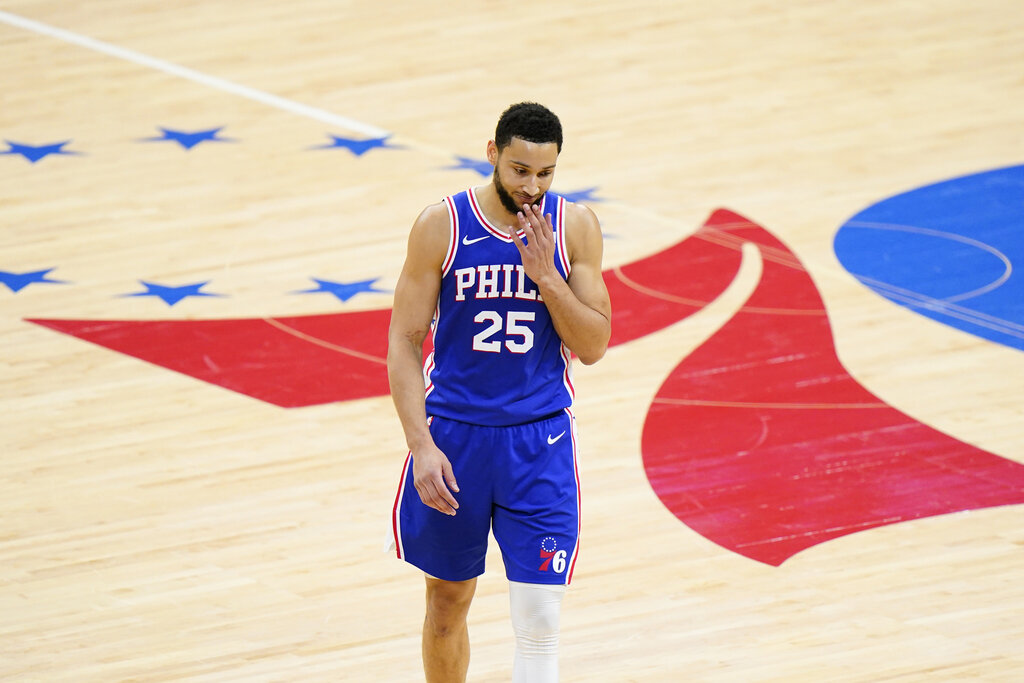 Despite being a three time all star, an all NBA and all defensive player, Philadelphia 76ers point guard Ben Simmons can’t seem to escape his struggles with shooting. And it proved to be a problem in this years playoffs, as Simmons and the number one seeded Sixers lost in seven games to the Atlanta Hawks.

Simmons has been a topic of discussion as he had a very tough offensive series against the Hawks. In the Eastern Conference semifinals, Simmons averaged 9.9 points, 8.6 rebounds, and 6.3 rebounds in the series. However, a big story of the playoffs was the point guards free throw shooting.

He shot 34.2% from the line, which according to ESPN, is the worst free throw percentage in NBA playoff history for a player with at least 70 free throw attempts. To put in better perspective, Shaquille O’Neal, who notoriously struggled at the line in his career, shot 37.4% from the line in the 2006 playoffs. Simmons free throw shooting was so bad, it got to the point where the Hawks were purposely fouling him just to send him to the line.

Simmons also had a a tough time offensively outside of the free throw line. In the fourth quarter of the series versus the Hawks, Simmons only took three shots total in the seven game series. Simmons in the series overall was not aggressive at all and was often looking to pass first, despite standing at 6’10. One his most questionable plays came in game seven, where Simmons appeared to have a wide open dunk but ended up passing the ball out.

Ben Simmons did not just pass this up… pic.twitter.com/4JyM7ZHNkJ

Sports and social media had a lot to say about Simmons poor performance. On NBA on TNT, Shaquille O’Neal was disappointed in Simmons performance, going as far as to say, “If he was in my locker room, I would’ve knocked his ass out.”

ESPN’s Stephen A Smith did not hold back when it came to talking about what needs to be done with Simmons. “Ben Simmons has got to go. Ben Simmons is literally scared to shoot the basketball” says Smith. “It’s mental. With him, I don’t think he can overcome that.”

"Ben Simmons has got to go. … That city ain’t ever gonna forgive him for what they have seen. Not just that he missed shots, but he didn’t take them. … Ben Simmons is literally scared to shoot the basketball."

Social media also had a lot to say about Ben Simmons. There’s a running joke where whenever a player has a bad performance in the playoffs, the fans say that the player should be sent to China to play professional basketball. Some fans put Simmons on the roster of the Shanghai Sharks, a team part of the Chinese Basketball Association (CBA).

WHO PUT BEN SIMMONS ON THE SHANGHAI SHARKS ROSTER 😭 please I cannot pic.twitter.com/Jy4u07m9vH

Despite his struggles, 76ers coach Doc Rivers has not given up on Simmons. “I know exactly what we want to do. I’m positive in Ben. I’m very bullish on Ben still, but there’s work. There is” says Rivers. It appears that not only his shot needs improvement, but Simmons confidence needs work as well.

Simmons only attempted 14 shots total in games five, six and seven of the series against the Atlanta Hawks. Simmons shooting has clearly become so much of a problem, that he doesn’t want to even take shots, in fear of him getting fouled and going to the line.

While it is not confirmed whether or not he will still be with the Sixers next season, one thing is for certain: Ben Simmons has a lot of work to put in this off season and a lot to prove for next season.

Ben Simmons shooting sleeve when he bought it: pic.twitter.com/37cp4USuOC