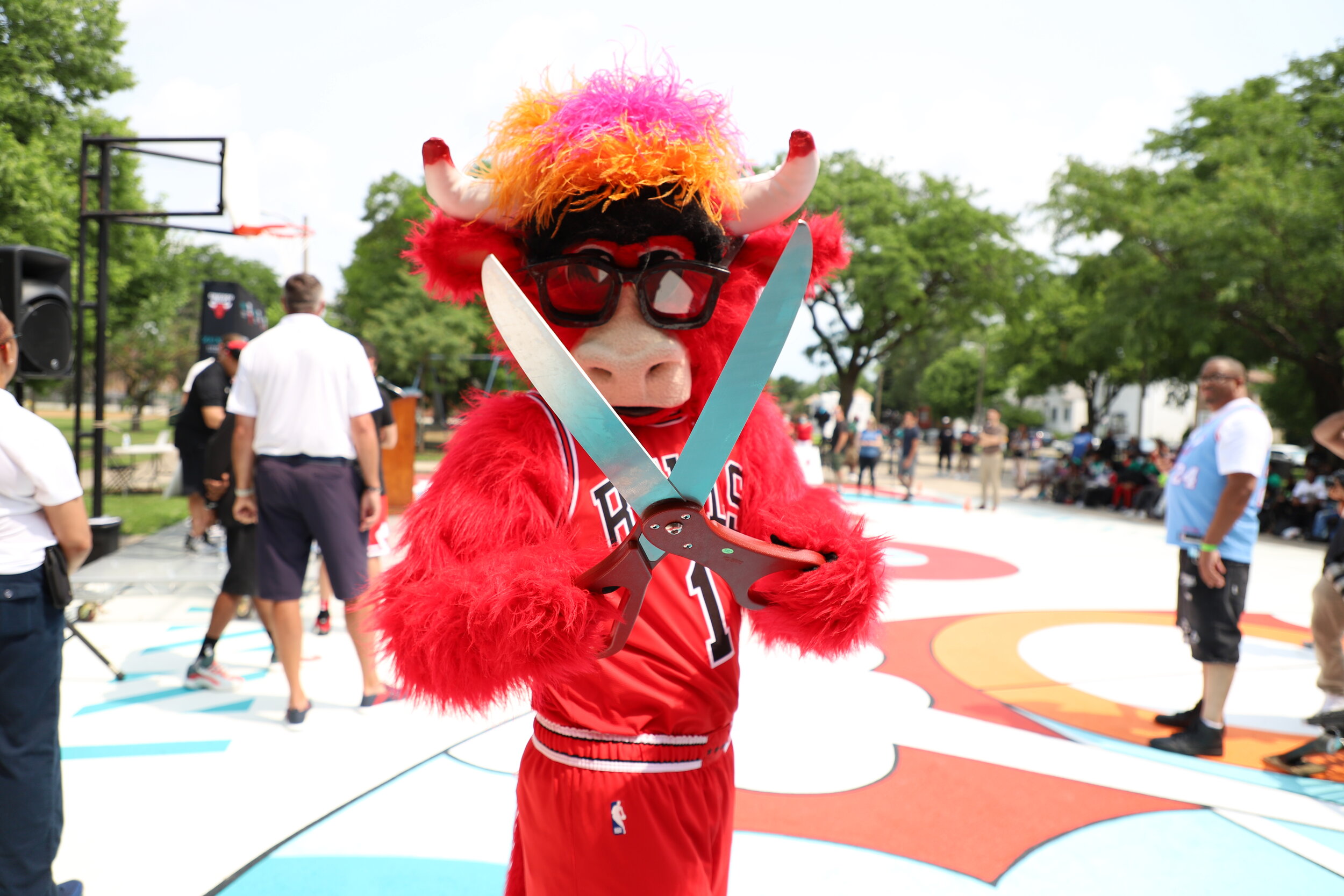 On Wednesday, July 14th, the city’s far South Side neighborhood of Burnside was full of vibrant faces as the Chicago Bulls unveiled a refurbished basketball court at Burnside Park. The new court was made possible through a partnership between the Bulls, Chicago Park District, and Zenni Optical.

The unique artwork featured on the court was done by artist and Chicago native Anthony Lewellen. “Growing up in Chicago, I’ve always had a real understanding of how important the connection between Chicagoans and their teams have been and I don’t think any relationship is more special than the relationship that Chicagoans have with the Chicago Bulls,” Lewellen said, he also stated that he does lots of public work but this project was special because it was very unique.

The court was supposed to be unveiled last year but was postponed due to COVID according to Lewellen. He explained how the project was dynamic and fun because people will be able to interact with the art in a way they don’t normally do, and do so for years to come.

Alderwoman Harris was also present for the event, all smiles as she cut the ribbon with the lovable Bulls mascot, Benny the Bull, Harris says that personally, she felt that the court was wonderful, “To my community, it says that someone loves us and cares about our community and is willing because they feel that way, to invest in us and change their children’s world,” said the Alderwoman on the importance of the court being in the Burnside Park.

Harris said through the partnership between Chicago Park District and the Bulls, the team chose to refurbish the court at Burnside because she continually asked them to do so. She says she is very persistent and thinks it was very needed as the park is over 100 years old.

We had way too much fun at today's Blokz Party celebrating the new Burnside Park basketball court! 🥳🏀 Thanks again to @chicagobulls & @chicagoparks for partnering with us 🔥 #FramingTheFuture ➡️ https://t.co/1tWbjRASkP pic.twitter.com/spCMjqf4gB

Zenni Optical helped raised over $10,000 to prevent blindness in a shoot-out competition that featured the media in attendance. Benny and the Elevators, a team of dunking professionals, put on a show for everyone at the unveiling.

The event proved to be very special for the youth as members of the male mentoring group, CHAMPS, and After School Matters participants showed up in abundance to enjoy the show, the giveaways, and overall community togetherness.

Check out some pictures of the event below, provided by Akisha Lockhart.