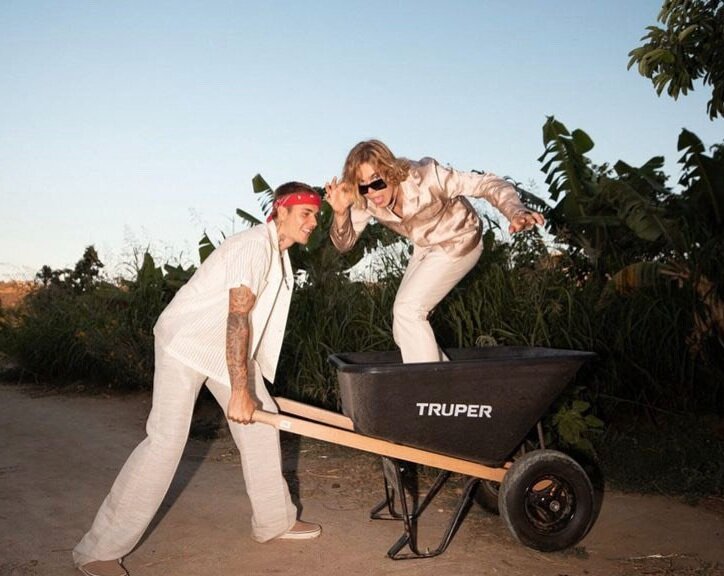 When Juice WRLD passed away in December of 2019, it left questions for many. It made us wonder just how could someone fill the shoes of such a promising and bright superstar who was taken from us so soon? All the hit songs, the freestyles, the respect he was getting from other rappers. It is clear that there won’t be another Juice WRLD for a long time.

But during his short career, he took a young man from Australia under his wing that he met through his manager, Lil Bibby. The kid was nervous when they met, considering Juice was one of his favorite artists. Who would know that The Kid Laroi would find his own path to superstardom, and have a chance to reach the level his mentor was at?

The Kid Laroi has shown a lot of promise and he hasn’t even turned 18 yet. He’s already earned multiple gold and platinum records, with his most recent song, “Stay” debuting at number three on the Billboard Hot 100.

“Stay” has potential to be song of the summer. And one of the reasons I say that is because of who is on the song with Laroi: Justin Bieber. This is the two’s second collaboration together, the first being a song off Bieber’s most recent album, “Justice”. And when I see the chemistry the two have with one another, I can’t help but think about not only the similarities between the two, but the paths of their careers.

The two also started their careers off at a very young age. Laroi started taking music seriously at 13, while Bieber was signing deals at that same age. They both also had great mentors in the beginning of their careers. As mentioned before, the late Juice WRLD took Laroi under his wing, teaching the Australian singer the ins and outs of the rap game and how to prepare for it. And while they didn’t get to spend as much time as they’d like to together, you can see the influence Juice had on Laroi in his music.

Early in Bieber’s career, he had Usher as his mentor early on. The relationship between the two resulted into a huge success for both artists, including different collaborations between them and both of them growing as individuals. Usher once even said that Bieber was “like a child to him”.

One thing that was noted about Bieber early in his career was the hate he was receiving at the beginning of his career. In his YouTube documentary, “Justin Bieber: Next Chapter”, he spoke on the negativity he faced early in his career, saying how the hate random people gave him bothered him, but he didn’t want to admit it.

With Laroi, despite his fanbase, a lot of people on Social Media show a disliking towards him and his music. Some of it has to do with people thinking he’s supposed to be Juice WRLD’s replacement. And while Laroi does have some similarities with him music wise, that doesn’t mean he is copying or trying to be better than Juice, he is simply honoring his late mentor.

Ain’t no way Juice WRLD’s label saw this nigga and said “Yeah, this is the next big thing”😭💀 pic.twitter.com/29JD9MCg90

So with all this said, does this mean The Kid Laroi is officially the new Justin Bieber? No, not yet. But with the comparisons I made and the recent traction Laroi has been getting with his new project, “F*ck Love 3: Over You”, he is on his way to super stardom. He already has cosigns from artists like Lil Durk, Polo G and G Herbo, and he’s already had multiple top ten songs in the Billboard Hot 100 before dropping an official studio album.

The Kid Laroi has a bright future ahead of him, and at the rate he is going, the Justin Bieber comparison will make more sense as time goes on. The voice, the emotion, the hits, The Kid Laroi has it all. He doesn’t have the dancing like Bieber though, but there’s time for everything of course.

LMTMS and Momedia team up to create a short film: “Voices”.
U.S. Senate announces a National Day and Month to honor Hip-Hop Culture