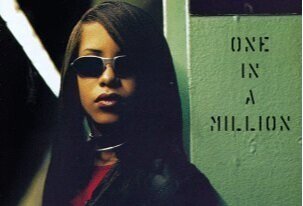 The princess of R&B, Aaliyah Dana Haughton, known mononymously as Aaliyah, will have her full discography available to stream starting later this month, 20 years after the iconic singer’s tragic death.

The young singer passed away in a plane crash to the Bahamas on August 25th, 2001, at the age of 22. Since her death, the availability of her music on streaming services has been limited to her early EPs and her 1994 debut studio album ‘Age Ain’t Nothing but a Number.’ Now, 20 years later, it’s been confirmed that her full discography will be released periodically to stream on Spotify, starting on August 20th with her second album ‘One in a Million.’

The announcement comes on the heels of an estate battle over the release of the late artist’s music between her estate, and her uncle and former manager Barry Hankerson. Not even one day after Aaliyah’s estate released a statement on protecting her legacy after the release of her music had been hinted at in the form of “unauthorized projects,” Spotify announced the upcoming waves of her discography being available to stream soon. “This unscrupulous endeavor to release Aaliyah’s music without any transparency or full accounting to the estate compels our hearts to express a word—forgiveness,” the statement reads, accompanied with the hashtag #IStandWithAaliyah.

Hankerson entered into a deal with EMPIRE, and has control of Aaliyah’s masters, which led to this estate battle. He recently relaunched his old record label Blackground Records, and celebrated the upcoming release of the singer’s music with the phrase “Aaliyah is coming” promoted on the website and across social media platforms.

Some fans hold sympathy with the late singer’s family and believes that we should respect their wishes, while many others truly believe that the best way to honor her legacy is to release her once lost work to her fans. What do you think, is Hankerson in the wrong and defaming his late niece, or is he providing a service to her millions of fans and truly honoring her impact on the culture? Let us know!