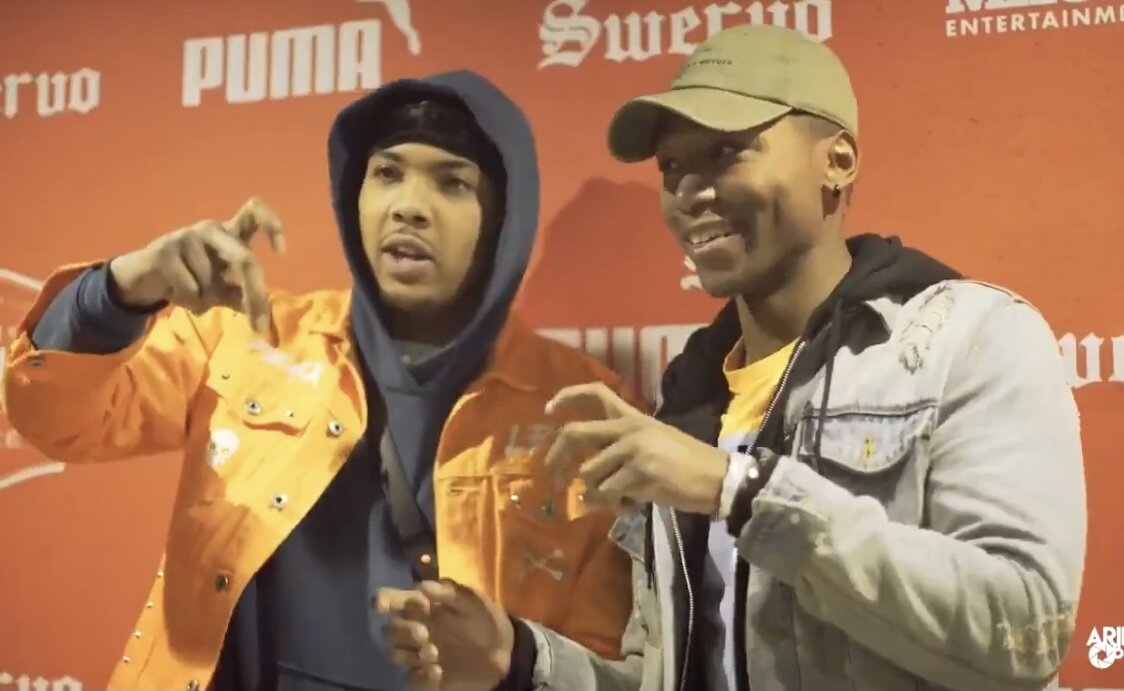 A video posted by DJ First Class on Twitter is being circulated showing Chicago-born rapper G Herbo’s interaction with a fan at a promotional event. The video sees the young male fan coming up to take a picture with G Herbo, while incorrectly throwing up a gang sign for a pose. Once Herbo notices, he attempts to instruct the fan on the proper signaling, before saying, “If you don’t know, you’ll never know,” and laughing it off as the fan departs.

That Fan Really Didn’t Know What He Was Doing When He Dropped The Rakes For His Picture Wit G Herbo 😂😂😂 pic.twitter.com/HeErdnkFOi

Herbo is associated with the family N.L.M.B. —signifying “Never Leave My Brothers” and/or “No Limit Muskegon Boys”—which was formed from the merger of No Limit, a renegade faction of the Almighty Black P. Stone Nation, and the Muskegon Boyz, a renegade faction of the Gangster Disciples. However, Herb has stated that he considers N.L.M.B. to be a “brotherhood” rather than a gang.

People on Twitter were quick to respond, laughing at Herb’s reaction but also commenting on how that fan and many others’ ignorance on what they’re actually throwing up could lead to some legitimate consequences.

What’s sad is this how mfs get killed, mfs think it’s all fun and games until a mf screaming “ come check it out” 🤷🏾‍♂️

Nigga Herb gon say “I do that too” 🤣 https://t.co/uqUYBOOjAC

Nigga fina get killed and he ain’t gon know why 🤣 https://t.co/WNbp2HmgW4

Idris Elba to voice Knuckles the Echidna in Sonic the Hedgehog 2: The Movie
Lyrical Lemonade to honor Juice WRLD at Summer Smash Festival