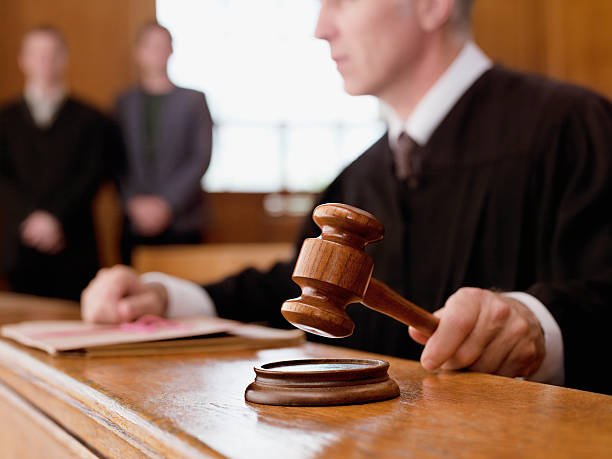 The trial has begun for Kyle Rittenhouse, the white teenager that killed two people and wounded another in Kenosha Wisconsin during the summer of 2020.

A juror in the Kyle Rittenhouse trial was dismissed after a court officer said they told a joke about the police shooting of Jacob Blake.

One juror has been dismissed after telling a racist joke about Blake asking the question “Why did the police shoot Jacob Blake 7 times?” following up with the answer, “Because he ran out of bullets.”

The juror stated that he didn’t understand why he was being dismissed, saying that his joke had nothing to do with Rittenhouse’s trial.

Justin Blake, the uncle of Jacob Blake, stated that he and his family were disturbed about the jokes stating, “The juror’s mentality shows his bias and callousness and he should be nowhere near the jury box in this case,” Justin Blake told CNN.

The joke clearly left a bad taste in the judge’s mouth causing him to dismiss the juror, but it raises the question of how many of the jurors may have these unspoken racist thoughts while going into this trial.

If the judge in the Rittenhouse case doesn't like the word 'victim', perhaps the phrase 'unarmed person shot to death' might do the trick

Though Judge Bruce Schroeder removed this racist juror, he recently made headlines when he said that the two people killed by Rittenhouse couldn’t be referred to as victims, but could be called “looters” and “rioters”.

These incidents make it difficult to believe that Rittenhouse will be rightfully convicted due to the bias and racist nature of the population of Kenosha, leaving it unknown just how many jurors may be prejudiced when it comes to this matter.

The trial is expected to last for two weeks.

What are your expectations for the outcome?

The Game Wants His Flowers
KYLE RITTENHOUSE CRIES ON WITNESS STAND, SAYS HE GUNNED DOWN MAN AFTER THREATS