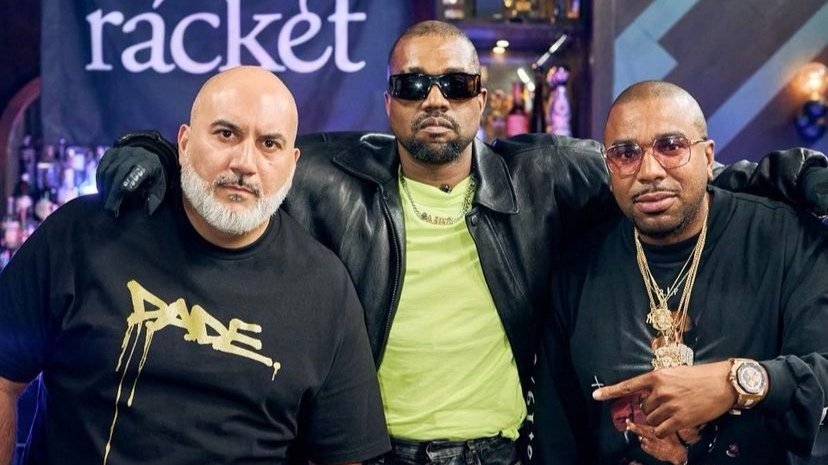 The internet nearly broke into pieces with the news that Kanye would be a guest on the popular podcast Drink Champs hosted by NORE and DJ EFN. On the show guests get loose with drinks, having a wide range of conversations in which nothing is off-limits.
Having the innovator, Kanye West (or simply Ye, since his legal name change) on the show was a pivotal point for the podcast.

Though already a popular show in hip-hop culture, I feel this interview brought viewers who may have never watched a full-length episode, due to Ye’s power to draw a crowd to any platform he graces.

Never too far from the headlines, Ye always has something to say even when he doesn’t have an album or single to promote. This interview was sprung upon us out of thin air still, millions tuned in to hear what many refer to as the GOAT, had to say.

The interview lasted nearly 2 and a half hours, Ye touched so many topics railing off on tangents that offered great detail into his mindset, but sometimes not coming back full circle. One of my favorite moments is when he called Common and John Legend puppets for the Democratic Party.

Touching on topics such as his beef with Drake, battling anyone in a Verzuz, and also the world of fashion; the areas that most intrigued me were the ones in which he discusses white supremacy, revolution, and community.

It may seem like an unlikely comparison, but I see Ye and Ida B. Wells as two of a kind. Learning about the work that Wells did in the community of Chicago for all Black people, including Black women and poor Blacks who were outcasted by the elite made Wells special to me.

As a journalist, her work was important as she spoke on lynchings in the Black community, making the information public so everyone could read about the horrible things whites were doing to us.

Wells had a mission that included saving and empowering her people and doing so without allegiance to any political party, but instead an allegiance for what was best for the people of her community.

Though I have critiques, which I’ll mention a bit later, Ye seems to have a mission that’s similar to Wells’. He’s building cities that he says will help the homeless, stating that his DONDA initiative will provide a “Plan A” initiative, providing shelter for unwanted children, and sharing knowledge during his interviews that he says is worthy of getting him killed.

I was in awe at how he called out VP Kamala Harris who he says went ghost after her campaign, I loved that he spoke on how when helping his son with homework that was intentionally meant to confuse him as to prepare him for a world that will fail him on purpose than say it’s his fault.

Ye mentions that the Black community needs a kibbutz, a type of settlement that’s unique to Isreal in which a community lives and cares for each other. Stating that family taking care of family is way much better than bringing in outside help.

“We’re better together, we’re impenetrable together,” says Ye. This factual statement was made after he spoke on his activist work of trying to free Larry Hoover from prison, going into how white supremacist society has taken so many leaders and fathers out of the community.

For this I applaud Ye, but many would ask about the community he abandoned here in his hometown of Chicago, not even doing as much as using his childhood home as a youth/community center that could bring value to the neighborhood.

Though I marvel at his revelations, I still have questions that I wish NORE would’ve touched on. One is his thoughts on a woman’s right to choose, though he mentioned he’s not on the same thing that Texas is on, we know Ye doesn’t believe in abortion which is his right. However, does he believe that a woman should have a right to choose what she wants to do with her body?

Ye’s vision is obviously one that is light years away, he even mentioned that Black History Month should be eradicated and replaced with Black Future Month (which I challenge, and say that we should have both.)

Ye is a visionary, so when I see him creating his own cities with various sectors I get it. I get that people complain that he missed the mark for Chicago, but to see a Black man owning 200 acres of land is revolutionary.

Not everyone will check off all boxes for everyone. I am sometimes put off when Ye mentions his name with a bunch of rich white guys who don’t seem to have the same thoughts on community or Black liberation as him. I‘ve realized that as a billionaire these are Ye’s peers, but struggle at the thought of him still feeling like he needs white male validation.

I get that as an elite you put yourself with the elite, but I view Ye as above the white elite. Believing he should use his powers as a real-life superhero to continue to make change for the ones he says he truly cares about, without the validation of those in areas where he has already exceeded.