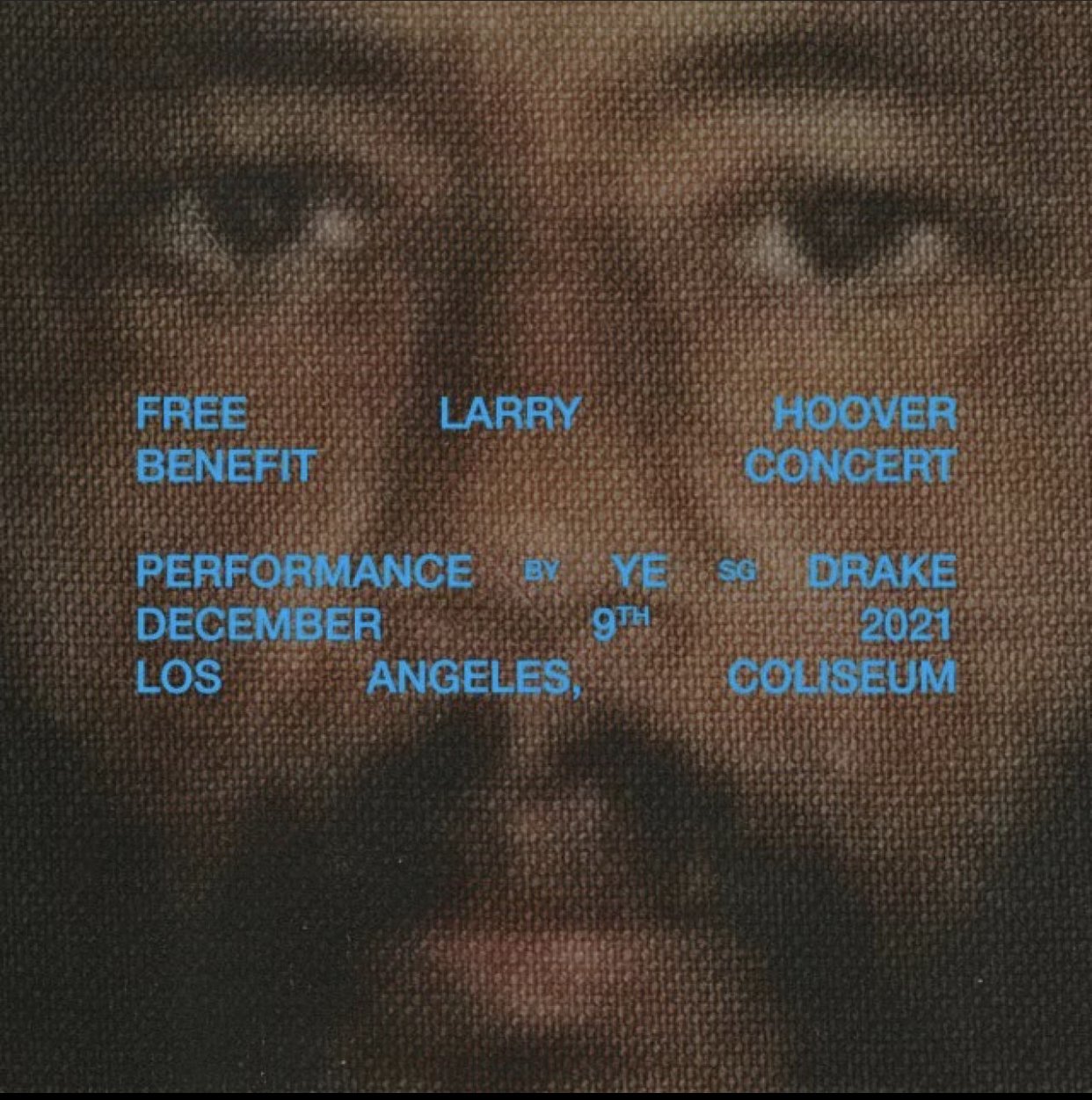 Kanye West and Drake are squashing their beef to host a benefit concert to free Larry Hoover. On Saturday, the two announced they would be taking the stage to “raise awareness and support for Larry Hoover and the cause of prison sentencing reform,” according to the Los Angeles Memorial Coliseum’s website.” Hoover, the co-founder of the Gangster Disciples, was convicted of murder in 1997 and sentenced to 6 life sentences.

The show will take place on December 9th at the Memorial Coliseum in Los Angeles; the Chicago rapper will headline his first live show in 5 years with a guest performance by Drake. Kanye, who has been trying to help commute Larry Hoover’s sentence for years, believes this will “Not only bring awareness to our cause but prove to people everywhere how much more we can accomplish when we lay our pride aside and come together.”

The announcement comes a week after Kanye went on record to end his beef with Drake publicly. Larry Hoover Jr, who appeared on Kanye’s Donda Album, has been the common denominator in bringing the two together. In a statement to TMZ “Drake has the power to help free Larry Hoover If he checks his ego and accepts Kanye’s proposed peace offering.”

Julius Jones Lives!!!
Woman Who Was Racially Profiled and Assaulted, Speaks Out!