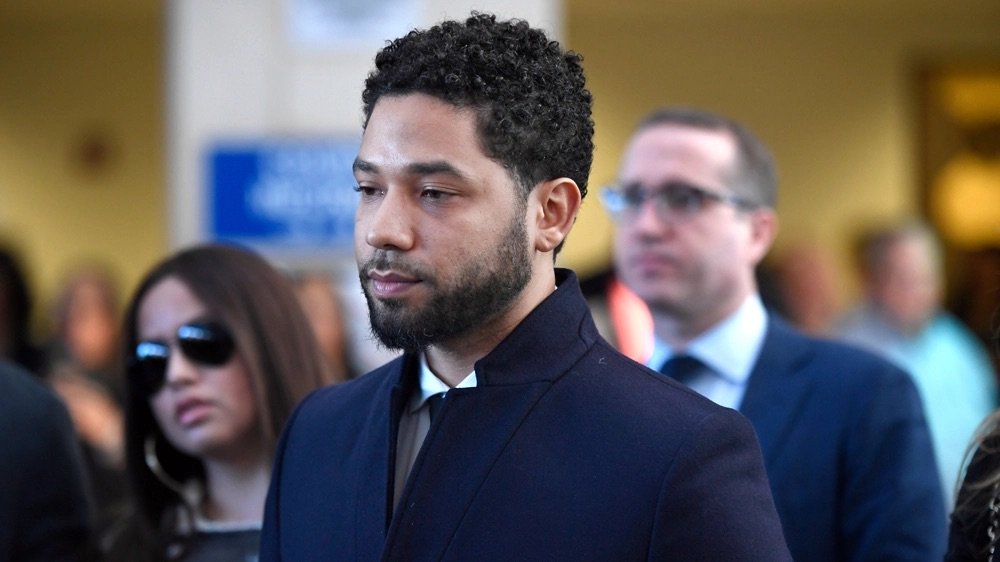 Jussie Smollett, former actor of Empire, took stand today to defend himself on the trial accusing him of staging a hate crime to gain publicity. While taking stand today, Smollett came forth saying that he did drugs and made out with one of the brothers that was said to have assaulted him.

Smollett is testifying to the court that he is indeed the victim of a racist and homophobic crime that took place back in 2019. On this 5 day high profile case against him, it seems as though we are finding out new and more outrageous details on this. Last week, the Osundairo brothers, that police said was paid $3,500 to “attack” Smollett, testified last week stating that they were hired by him because he disapproved of his salary from Empire.

On stand, Smollett mentioned that he did not hire the Osundairo brothers but he did meet one of them, Abimbola “Bola” Osundairo, back in 2017 which is when he found out “Bola” worked on the set of Empire. According to CNN, Smollett admitted that “Bola” got him drugs, including cocaine and the sexual encounter at a bath house in Chicago where they made out. On the other hand, Smollett says that he wasn’t too friendly with Bola’s brother, Olabinjo “Ola” Osundairo. “He kind of creeped me out,” Smollett told jurors. “Every time we were around him, he didn’t speak to me. Every time we needed to leave, he made it seem like we needed to sneak off.”

Bola became Smollett’s security guard after there was a threat letter sent to Empire which gave them the opportunity to be around each other. When asked, by defense attorney Nenye Unche, if this all was a silly hoax, Smollett responded simply no.

With 6 counts of disorderly conduct, Smollett has pleaded not guilty.