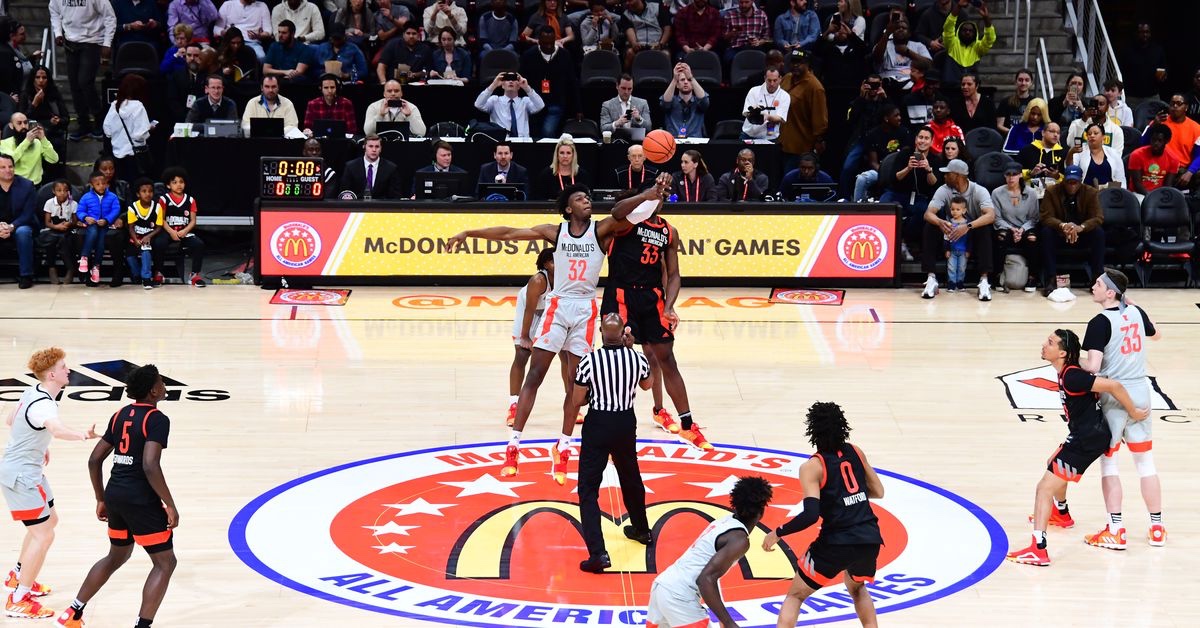 The McDonald’s All American Games is where hype becomes legacy, kicking off the next step in these ball players’ journeys to greatness. And this year, a new generation is set to leave it all on the court as more than 760 girls and boys high school basketball players from across the country have been nominated for a chance to play in the 45th anniversary McDonald’s All American Games. Included in the list are 20 student athletes from the Chicagoland area. With students  nominated from city schools like Whitney Young, Kenwood, De La Salle, Butler College Prep and suburban schools like Oak Forest, Homewood Flossmoor, Thornton Township and Bolingbrook all vying for a slot in the history books among Basketball’s ELITE like Candace Parker, Derrick Rose, Kevin Garnett and many other Chicago players who have gone on to be college and pro hoops legends. The annual event returns this March, to showcase the nation’s rising stars who will go head-to-head at Wintrust Arena in Chicago.

This is the moment that recognizes a larger group of players and their accomplishments on the national stage, before selecting the top 24 girls and 24 boys who will play in the All American Games – continuing a tradition of elevating thousands of athletes over four decades. The new class of nominees joins a legendary group of athletes who have been nominated for the chance to play in the nation’s premiere showcase – including Michael Jordan, Candace Parker, LeBron James, Maya Moore, Trae Young, Breanna Stewart and many more of your favorite hoopers.

“As a brand that feeds and fosters many communities across the country, it’s great to celebrate these players who are proudly representing their high schools, families and hometowns from all over,” said Derrick Taylor, owner/operator and Black McDonald’s Operators Association Lead for Chicago. “As a big basketball fan myself, and on behalf of McDonald’s owner/operators across the country, we can’t wait to see the top 48 high school players take the court this March in Chicago, a city that’s hosted the Games numerous times over the past 45 years.”

Players were nominated by either a high school coach, athletic director, principal or member of the McDonald’s All American Games Selection Committee. This year’s nominees represent 41 states and the District of Columbia, while Texas received the most nominations with 83, followed by California and Florida tied at 73, and Maryland with 44. A complete list of 2022 McDonald’s All American Games Nominees is available at mcdaag.com.

Fans can then tune in to the McDonald’s All American Girls Game on Tuesday, March 29 at 6:30 p.m. ET on ESPN2 and the Boys Game immediately following on ESPN at 9 p.m. ET.

About McDonald’s USA
McDonald’s USA, LLC, serves a variety of menu options made with quality ingredients to millions of customers every day. Ninety-five percent of McDonald’s approximately 13,500 U.S. restaurants are owned and operated by independent business owners. For more information, visit www.mcdonalds.com, or follow us on Twitter @McDonalds and on Facebook at www.facebook.com/mcdonalds.