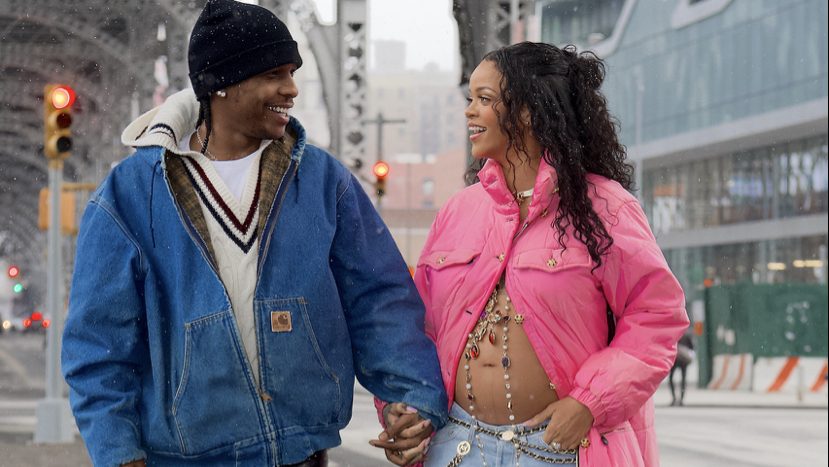 Rihanna Officially Announces She and A$AP Rocky are Expecting

Although there have been false reports of her being pregnant over the years, the singer and fashion mogul made the announcement official with photos of her baby bump and her lover, A$AP Rocky in New York City over the weekend.

According to People Magazine, A$AP Rocky says that he believes that fatherhood is his destiny and that he thinks he’d be an amazing father.

The child will be the first for Rihanna and A$AP Rocky.

Back in March of 2020, Rihanna told GQ that she sees herself with three or four children in the next 10 years, whether she’s single or not.

Congrats to the couple.

The NFL Could Have Its First Black Owner In Billionaire Robert F. Smith
WHOOPI GOLDBERG SPARKS OUTRAGE OVER HOLOCAUST COMMENT