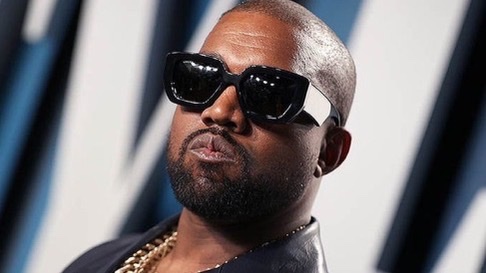 With the release of the “Jeen-Yuhs” first episode, we all gathered that Kanye “Ye” West has and always will be ahead of the game. Ye announced on IG, that “Donda 2” will not be on major streaming platforms like Apple Music and Spotify, but that it will be released on his new platform ‘Stem Player.’ Being created through Yeezy Tech’s partnership with Kano Computing, this little beauty was first released last August with the first installment of ‘Donda.’ Alex Klein, CEO of Kano and a friend of Kanye, explained to Complex how Kanye’s Sunday Service was the inspiration behind ‘Stem Player’ by saying, “The technology intent was always clear: How do we make a device that’s super small, loud, that brings people together, and allows you to take the music and hold it in your hand or in your pocket?”

Upon going to the website, you can see it’s real simple and straight to the point. In order to listen to “Donda 2” on Stem Player it’ll cost $200. Although the device is handheld, the features on it make up for the size. You’re able to remix any song anyway you like right in the palm of your hand.

Kanye West now has 4 songs from Donda 2 that were released: “Security,” “Pablo” “Broken Road,” and “We Did It Kid”, all of which are only available on this device.

Although there has been backlash on this new invention, Kanye mentions on his IG “This is our 2nd generation Stem Player. We have more things we working on. I feel like how I felt in the first episode of the documentary.” Maybe this really will be the next big thing.