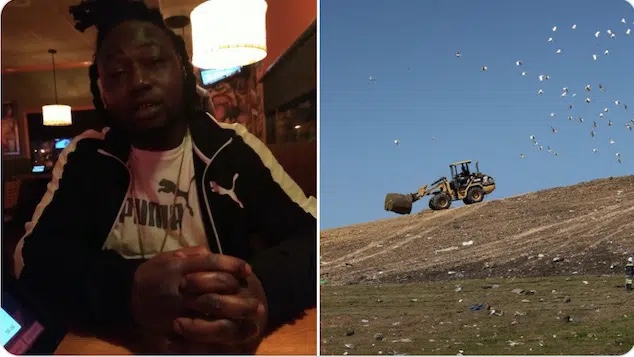 Florida man, Aaron Henderson, was crushed to death after a bulldozer crushed him inside a porta-potty that he was using.

A representative for the Polk County Sheriff’s County Office tells PEOPLE that Henderson was CertiTemp employee who was serving as a “spotter” at the Polk County North Landfill. The purpose of a “spotter” is to being on the ground, providing traffic control to incoming and outgoing dump trucks dumping trash within the landfill.

Polk County Sheriffs explained that another worker was driving the bulldozer up an embankment in order to park it for the evening. The bulldozer’s blade was about 3 to 4 feet off the ground, blocking the driver’s view of the porta potty, a sheriff’s spokesperson said. Although his view was blocked, he began to turn his bulldozer and heard a loud crumble.

Hearing the loud noise, the worker instantly got out of the bulldozer and that’s when he saw that Henderson was inside unresponsive.

“The Landfill is a dynamic, industrial environment with movement of hundreds of trucks coming to unload and heavy equipment at the Landfill all day long,” said County Manager Bill Beasley. “We have never experienced anything like this here.”

This is the first fatality in the history of the North Central Landfill, according to Polk County.