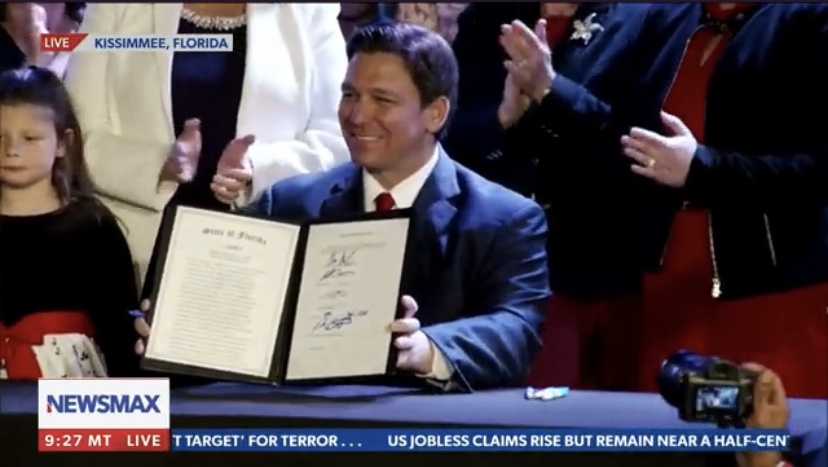 Florida Gov. Ron DeSantis signed into law on Thursday a Mississippi-style anti-abortion measure that bans the procedure after 15 weeks of pregnancy without exemptions for rape, incest or human trafficking

The law is set to go into effect on July 1, but it will likely face an immediate court challenge from abortion rights advocates since it is currently unconstitutional under Roe v. Wade.

The US Supreme Court appears poised to uphold the Mississippi law that bars abortion after 15 weeks. The fate of Roe v. Wade, the landmark 1973 Supreme Court decision that legalized abortion nationwide, also hangs in the balance, and anti-abortion activists are hopeful that the court’s conservative majority will strike it down.