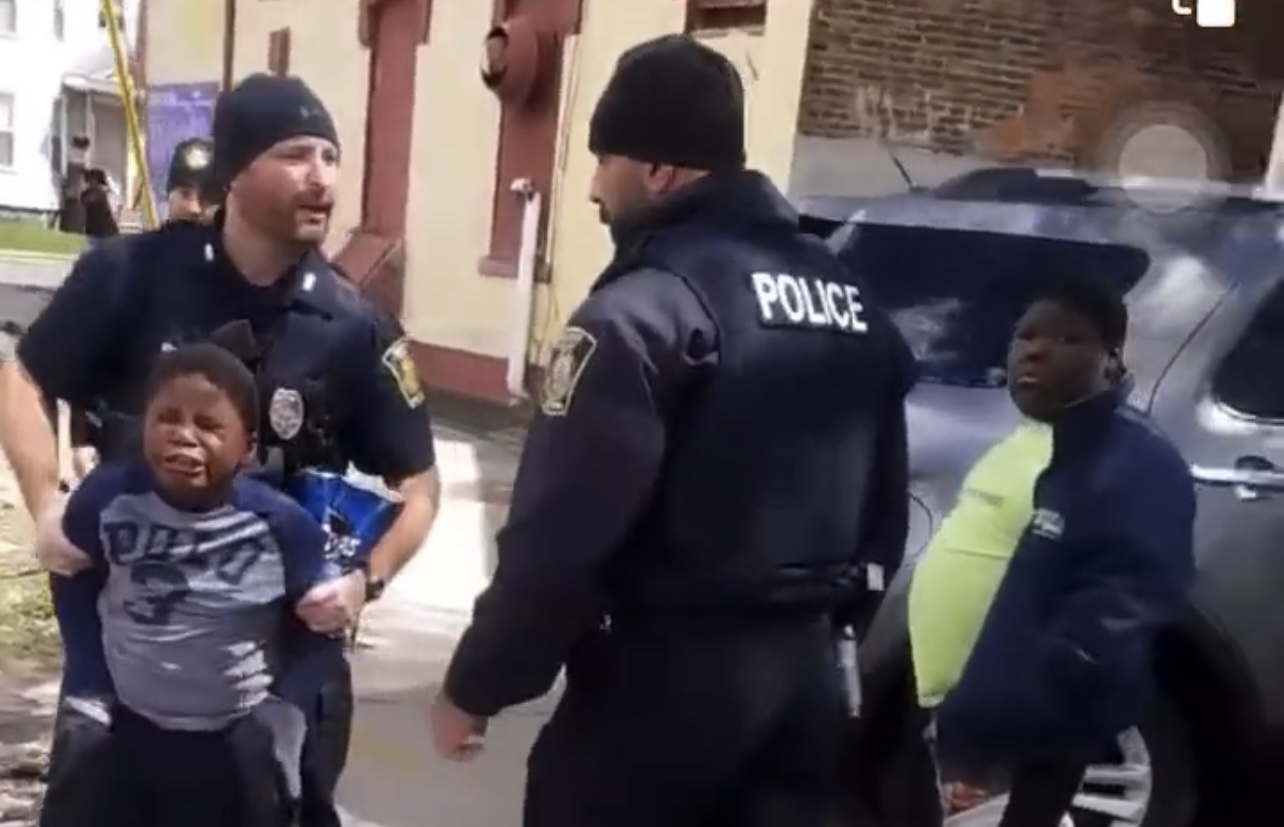 Syracuse Police has released a statement earlier, speaking on a viral video that’s been going around on how the Police is manhandling a child that allegedly stole a bag of Doritos from the neighborhood store.

In the video, you can see a Syracuse police officer holding the boy from behind and walking him to a marked police vehicle. Bystanders, including the man who recorded this, are shouting at police to let the sobbing and yelling child go.

Although the video may seem disturbing, police say the boy was never put in handcuffs and was placed in the back of a patrol car and taken home, where officers met with the boy’s father who mentioned the boy didn’t have a mark on him when he arrived. The only issue that the father had with the police was the way they handled the incident.

On Twitter, people saw the police response as a massive overreaction to a minor offense, an example of escalating conflict. The fact that the three cops were white and the child Black led commenters to connect it to a history of racial injustice in urban policing in Syracuse and nationwide.

The incident, including the officers’ actions, and video from body-worn cameras are being reviewed, according to police spokesman Lt. Matthew Malinowski.

PNB ROCK WAS SHOT IN LOS ANGELES DURING A ROBBERY ATTEMPT

FROM HOST TO THE BOOTH, VICKI STREET KEEPS THE TEMPERATURE HOT FOR THE END OF SUMMER