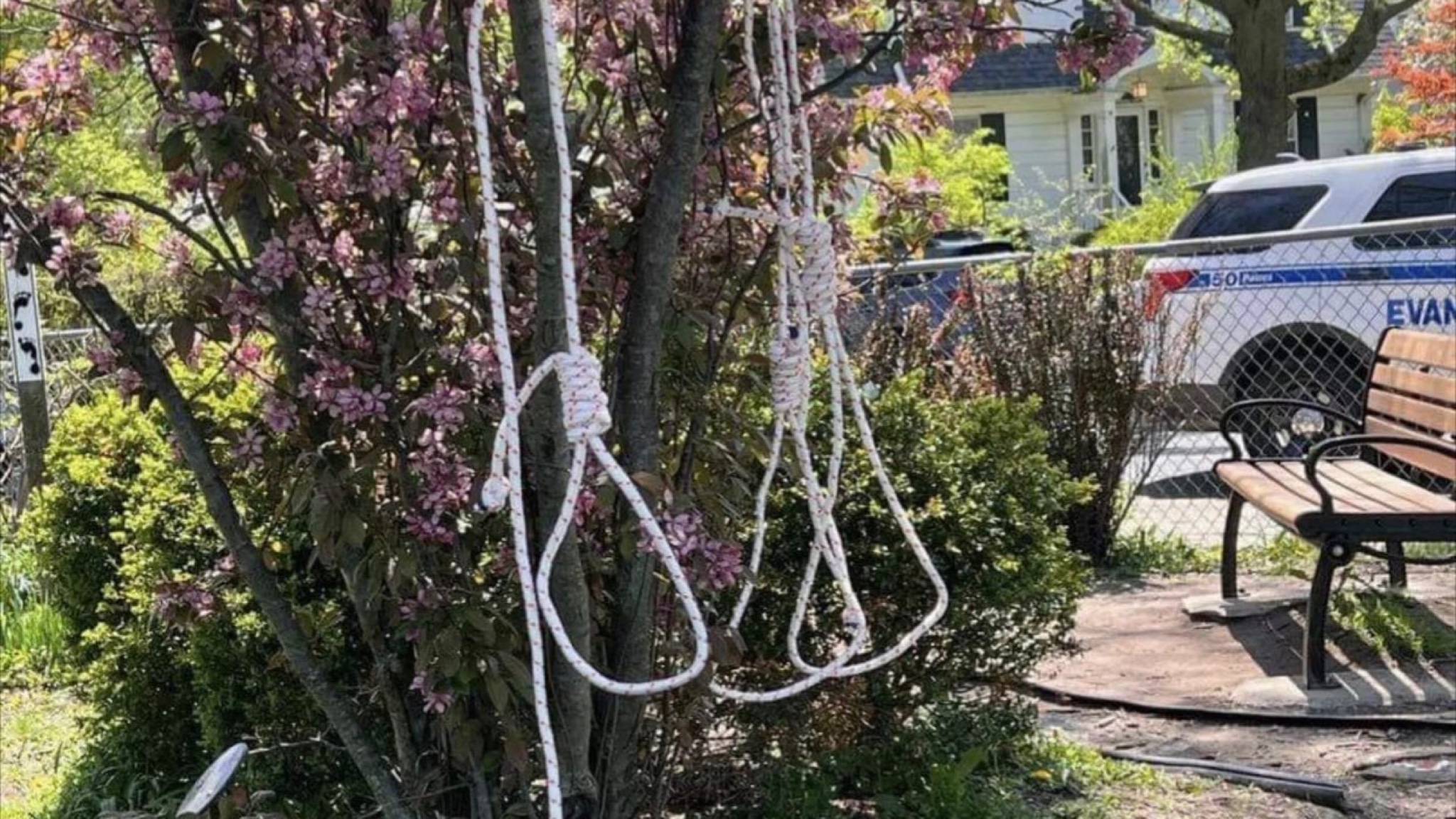 This past Monday a community in Evanston held a rally in regards to findings of three nooses that were left on the campus of two grade schools. The nooses were found on Greenbay and Foster. This comes after a light protest at Haven Middle School. Community members claim the protest was peaceful but the nooses say otherwise.

“Noose Hate Crime Act of 2011- Amends the federal criminal code to impose a fine and/or prison term of up to two years on anyone who, with intent to harass or intimidate any person because of that person’s race, religion,

“I don’t blame any of the Black kids who don’t want to come back to this school because something needs to be done!” said Shelton.