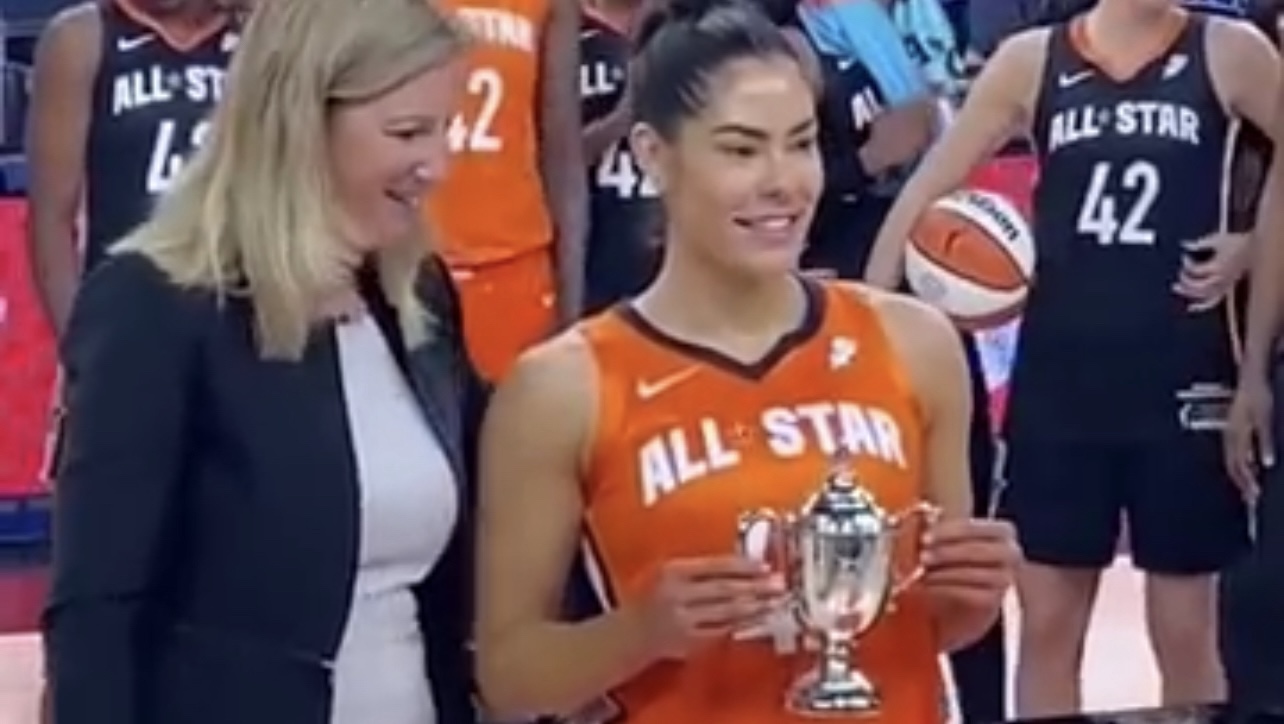 Absolutely no one can take away the success and strides women’s basketball has made over the last few years. However, there is clearly still a ways to go for the WNBA to be taken seriously by the majority of sports fans and this weekend’s reaction to their all-star weekend trophy proved just that. Following the conclusion of the game and the MVP presentation to player Kelsey Plum, the WNBA went viral for all the wrong reasons.

Fans and spectators alike couldn’t help but point out that Plum’s awarded trophy looked no different than something you would find in a middle school sports league resembling that of a small tin cup. People and sports brands online began to point out that the trophy looked incredibly similar to one that could be purchased online for about $18.

It’s examples like this that lead to the WNBA having a lack of credibility for some people and while others are mad that organization doesn’t treat it’s players with the respect it deserves. Regardless, one can only hope the rewards for WNBA players can be upgraded going forward.