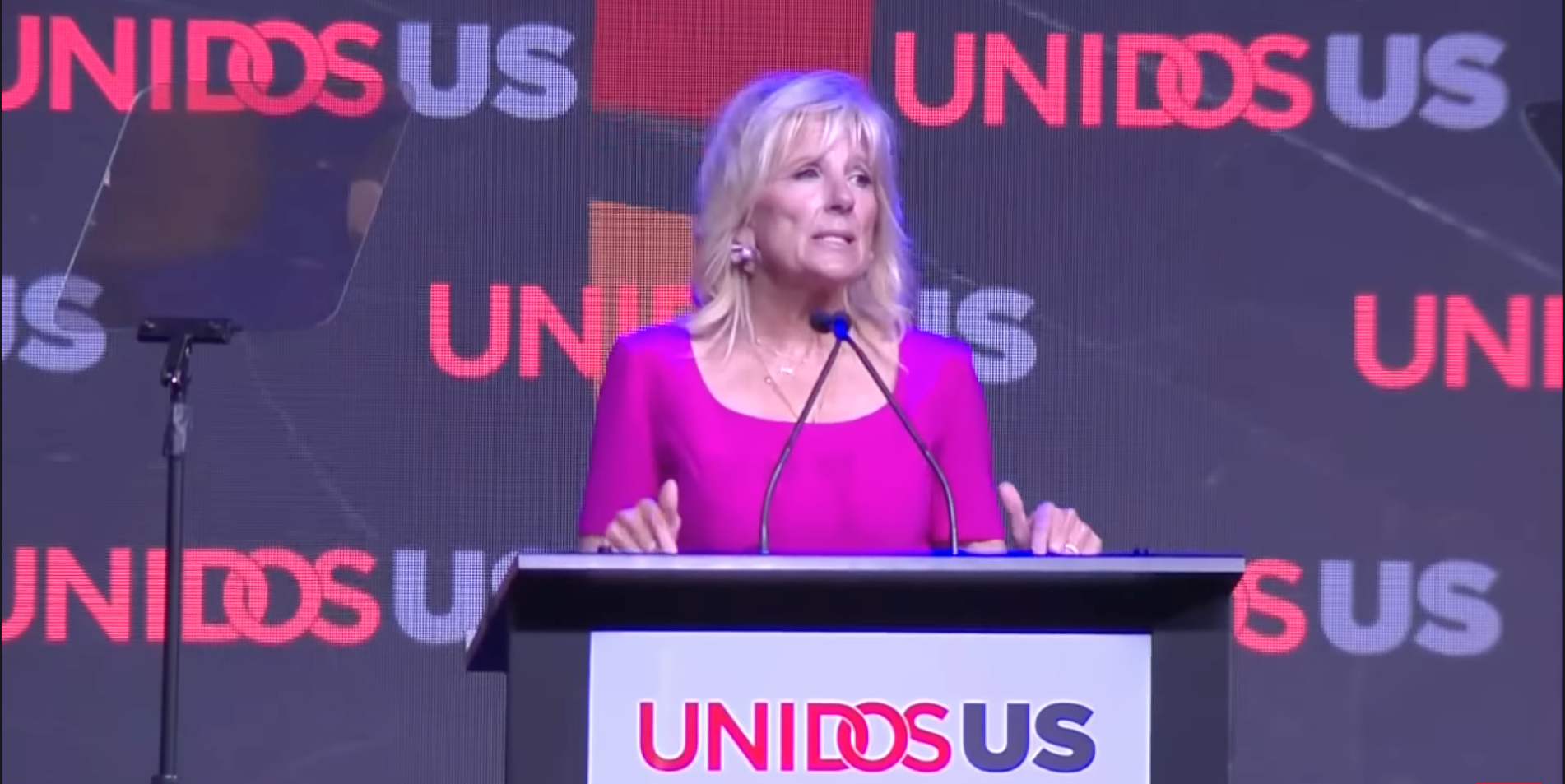 In another episode of “Caucasian Oblivion”, Jill Biden traveled to San Antonio, Texas, where she spoke at the LatinX incluxion luncheon. In a speech directed toward the Latin community, the First Lady went on to compare the diversity of “breakfast tacos to the diversity of the Latinx community and compared our strength to BREAKFAST TACOS!!!

The White House released a statement insisting, “Jill read from a teleprompter” and it “didn’t come out correctly.”

This is not the first time the Biden Administration made insensitive comments toward people of color. When Joe Biden was running for office he told African Americans they “weren’t Black if they didn’t vote for him.” Although the internet is up in arms about Jill Biden’s speech, this should serve as a bigger conversation. Too often, people of color are having conversations (amongst themselves) about how uncomfortable a White person has made them. Whether it be in the workforce or amongst friends, White people lack awareness of the conversations they are having with people of color. They have little awareness of how they come off as insensitive, rude, or just plain ignorant.

The workplace is the main place for White oblivion. It is a safe space for them to say what they want and act how they want with little repercussions because the heads of the company are White. Generations back, assimilation was the key to getting through the work day. It is no different now. Don’t speak up or you will seem combative. Don’t wear your hair a certain way. Make sure you respond to the email with a smiley face so they don’t think you have an attitude. When someone says something out of pocket don’t tell HR or you will be fired. I can go on and on.

More than 35% of African-Americans and Hispanics, as well as 45% of Asians, say they “need to compromise their authenticity” to conform to their company’s standards of demeanor or style. Forty percent of African-Americans — and a third of people of color overall — feel like outsiders in their corporate culture, compared with 26% of Caucasians.

Like many people of color, my personal experiences on this topic are no different. The conversation can start innocently until you’re sitting there dumbfounded by what the person said.

While working in Corporate America, my boss and I spoke about the importance of my kids attending a school where the teachers looked like them. My boss then proceeded to insert herself into the conversation asking me if my children were around White people. She spoke about how important it was for them to be around all kinds of people. And then said, “they should see what a strong White woman looks like.” At that moment, my mouth dropped and I had no words. She has a daughter who is mixed. She thinks she understands what it’s like to be a person of color. She thinks she is educated. But she is not.

Too often, White people think they can get a pass or understand certain things because they have Black and Brown friends, have a mixed child, have family members who are mixed or know people of color. None of these attribute to knowing what it’s like to be a person of color. It is not our job to educate them. Will I call them out? Absolutely! Jill Biden’s speech is just the tip of the iceberg when it comes to White Oblivion. And will continue so as long as they choose not to educate themselves.

What is your experience with White Oblivion? How does it affect the way you interact with White people?