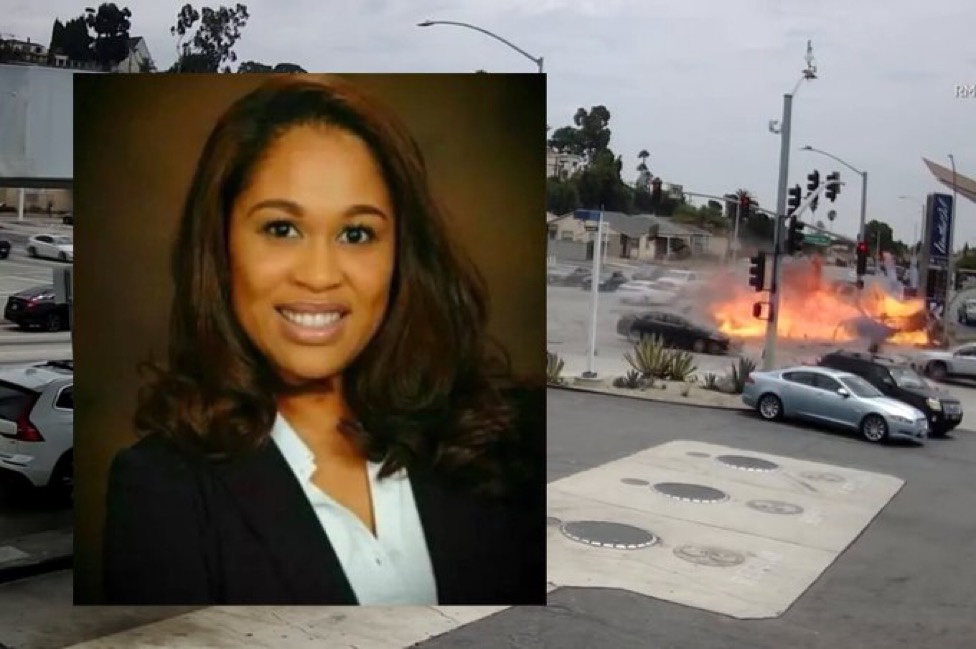 Last week, a woman caused a fatal car crash in LA that ended up taking the lives of 6 people. She was allegedly driving 90 mph when she ran a red light and slammed into traffic in Windsor Hills and will be charged with murder and could face a 90-year sentence, Los Angeles District Attorney George Gascón said Monday.

The driver, identified as 37 year old Nicole Linton, was working in Los Angeles as a traveling nurse out of Texas when the crash occurred last Thursday, authorities said.

Asherey Ryan, 23, who was six months pregnant, her 11-month-old son Alonzo, and her fiancé, Reynold Lester, were on their way to a prenatal checkup when the speeding Mercedes-Benz hit them and exploded into flames.

Everyone in Ryan’s vehicle died, including her unborn son.

Linton was hospitalized after the crash, but was booked into jail over the weekend. She was initially being held on $2 million bail but records indicated that amount was increased to $9 million.

Linton will be charged with six counts of murder and five counts of gross vehicular manslaughter. If convicted of all charges, she faces a potential sentence of 90 years to life in prison.

There is no evidence that alcohol was a factor in the deadly incident, but the crash remains under investigation.