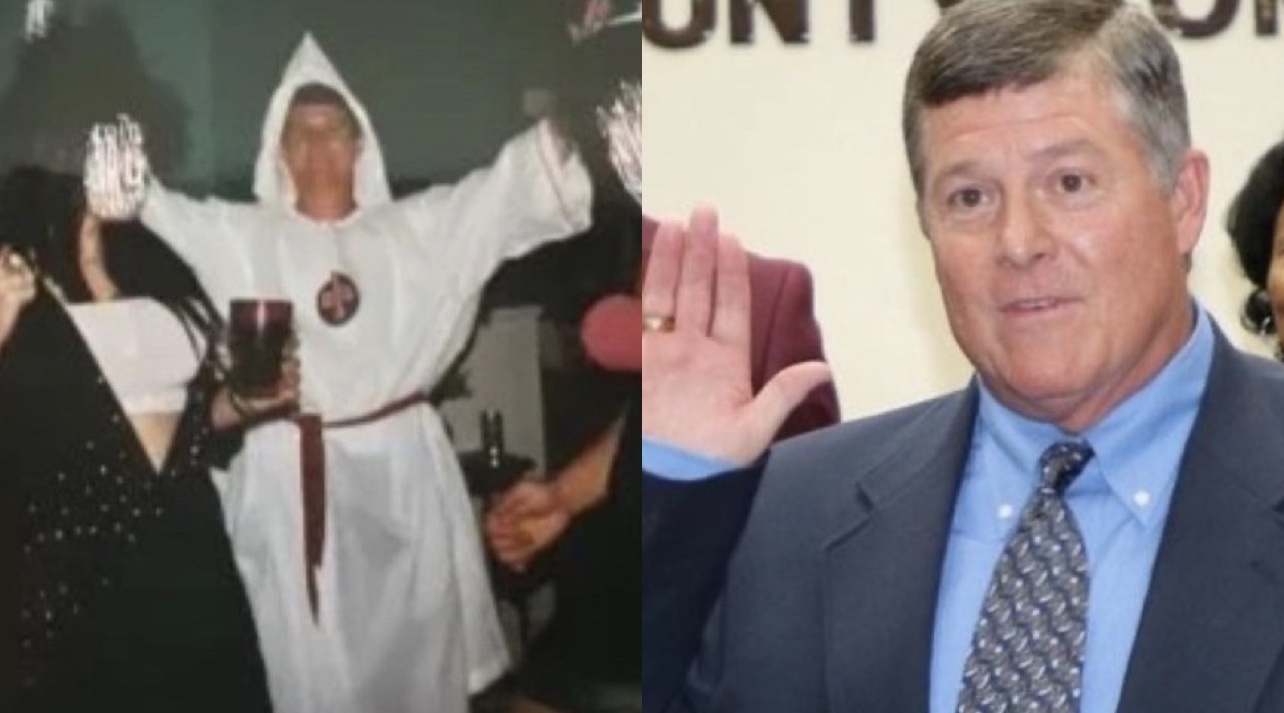 Jeffery Moore, a Havana resident and former Department of Revenue employee, abruptly resigned from the post in Florida’s only predominantly Black county after the photo began circulating.

Moore, the one white person on the board with four Black commissioners, lives in a county where 55% of the residents are Black, according to U.S. census data. Gadsden County is on the Georgia border,  just west of Tallahassee.

Gadsden County religious leaders are demanding a local commissioner and Gov. Ron DeSantis “come forward” to address allegations that the commissioner resigned last Friday after a photo surfaced purportedly showing him wearing a Ku Klux Klan robe and hood at what could have been a Halloween party years earlier, according to Tallahassee Democrat.

Moore, who didn’t elaborate on why he was resigning in his letter, also reportedly stopped his campaign to continue as county commissioner in November.

“Thank you for the opportunity to have served in the position, however for personal reasons I am no longer able to continue,” Moore wrote to DeSantis’ office.

Moore did not respond to questions about his resignation, the photo or the KKK outfit. In an email to the Tallahassee Democrat, he said he was “in the middle of hurricane preparations” and would be in contact on Tuesday afternoon or Wednesday morning.

As of late Tuesday afternoon, he has not replied.