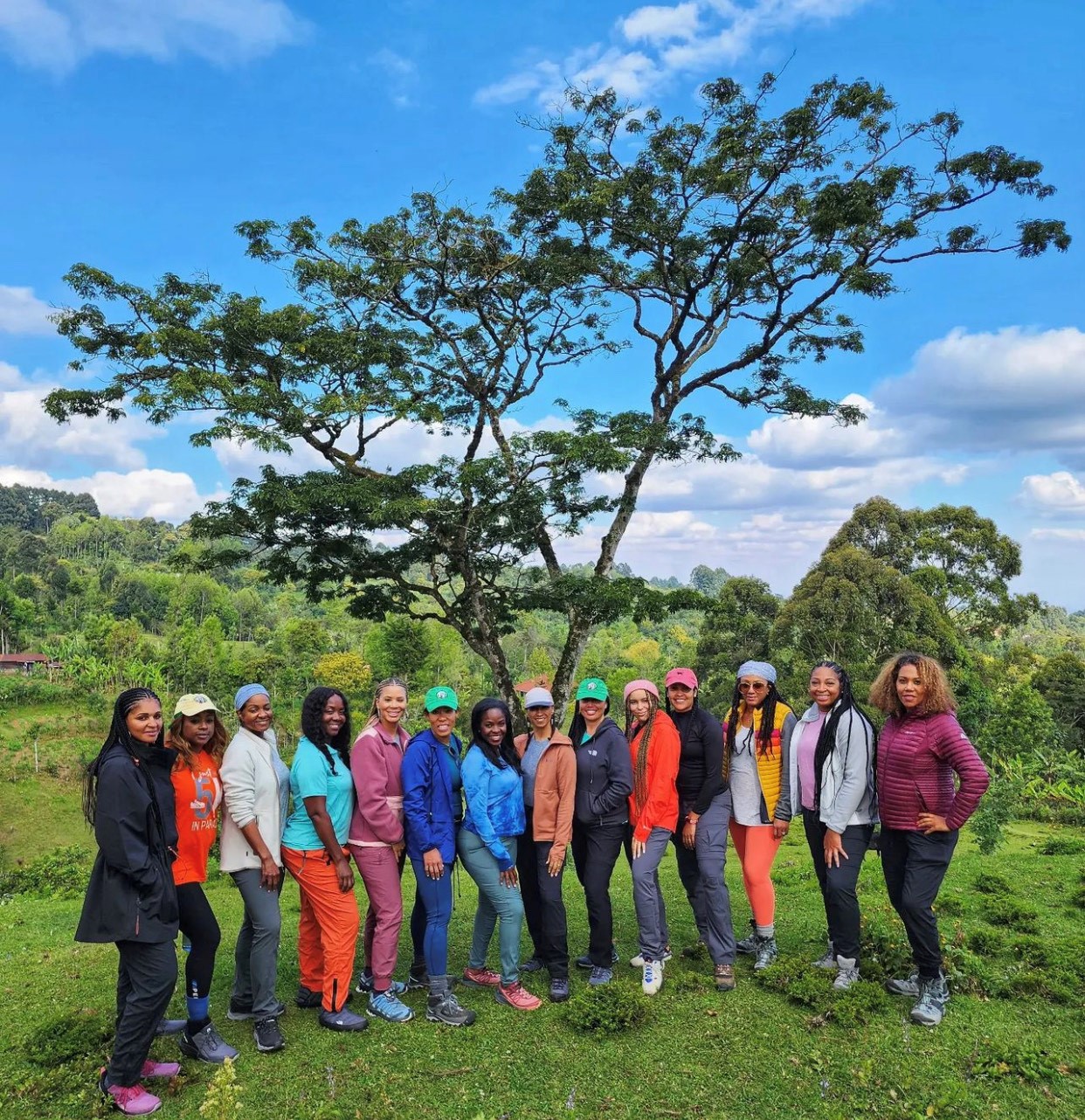 A group of 14 Black women made history a few weeks ago after climbing the tallest mountain in Africa, “Mount Kilimanjaro”. The NYC/NJ based group known as “Sistahs to the Summit” is a group of Black women ranging in ages 31-50 who took on the highest free-standing mountain in the world. Located in Tanzania, the mountain is a dormant volcano.

What started as a conversation between two friends turned into a birthday trip of a lifetime. The conversation began when Erica Liles, the wife of record exec Keving Liles, and her friend started to discuss her 50th birthday. The trip initially planned for 14 women but two had to turn back due to altitude sickness. Preparing for the trip also involved physical training, from training in Martha’s Vineyard, to walking more frequently and using the treadmill. The 8-day excursion also included 72 porters who helped carry the ladies’ belongings. The group made history becoming the largest group of Black women to climb the 19,340 ft mountain known as “Africa’s Roof”. Despite the accomplishment, only 2 of the 14 women say they would do it again. Would you climb the highest free-standing mountain in the world? or would the fear of heights stop you?