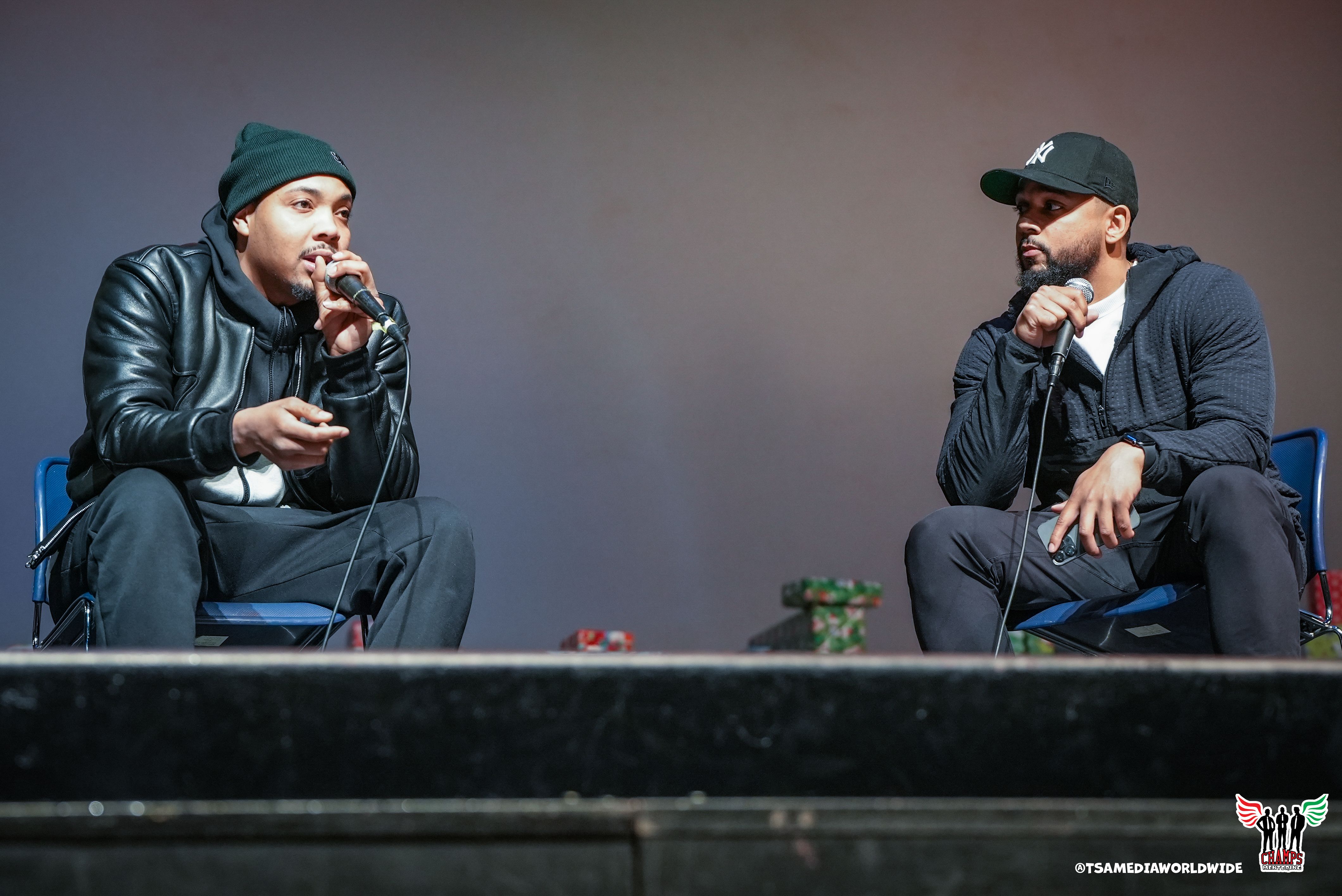 C.H.A.M.P.S Male Mentoring Program, The Healing Chi and G Herbo’s, Swervin Through Stress, teamed up for a holiday giveaway and mental wellness day. As the kids and their families filled the auditorium at The Gary Colmer Youth Center, the event began with founder of Champs Male Mentoring Program, Vondale Singleton, speaking to the kids and the youth giving testimony about their trip to Dubai and the benefits of being a part of their program. The kids were there for a day of giveaways that included gift cards, toys, electronics and winter gear. The Healing Chi, an organization that focuses on men’s mental health gave the kids some techniques to help relieve stress and anxiety. The highlight of the event was G Herbo himself who offered the kids real life advice on how to maneuver through life. Herb passed out gifts and took pictures with the kids as well. While this event was the highlight of some of the kid’s year, the time that was spent on this event was just touching the surface of the impact being made through Champs Male Mentoring Program.

What is C.H.A.M.P.S Male Mentoring Program?

10 years ago, Vondale Singleton founded C.H.A.M.P.S Male Mentoring Program, a program dedicated to mentoring young boys throughout the city of Chicago. Singleton, who has a background in education as an assistant principle, created the program after realizing young boys needed more than a school curriculum to succeed in life.

The program, which meets every Saturday has also provided the children with once in a lifetime opportunities such as taking the kids across the world, outings to major sporting events and meeting some very important people who are not only successful, but men who look like them that they can relate to. C.H.A.M.P.S has provided a space for kids to build a foundation they can be proud of, showing the boy’s that life is bigger than what they see when they walk outside their doorstep, from trips to Dubai to going to The White House and meeting President Obama, all things some adults have yet to do. It has helped conditioned them to believe in themselves and believe that all things are possible despite what this world may say about them.

“For ten years we have opened our doors every Saturday aside from holidays, to provide a safe space for our boys, a thousand trips in and out the city, state and country. Bringing in people who are successful, that look like them. Showing them that it is possible to make it out and be proud of where they come from,”

Beyond the traveling and opportunities to speak with celebrities they look up to, Singleton and his team have created a community that not only provides the boys with opportunities, but foundational skills that will last a lifetime.

“I understood that the school system was broken and that in order to really shape the minds of our demographic, boys and young men of color from the south, west and east side of Chicago, we had to go in and focus on mental health, social emotional learning, entrepreneurship, how to have good hygiene, how to manage money and learning how to get through the day in their environments. Some of the soft skills we teach they’re not getting in the academic curriculum. I’m an educator by trade but I realized where the gaps were and wanted to close those gaps and provide opportunities that young men were proud of.”

While building a brotherhood amongst the boys is a vital part of the program, it first starts with Singleton whom over the years has dedicated his life’s work to building trust between his team of mentors and the boys.

“At first it was hard to get the boys to trust me, there was an apprehension because they didn’t trust that I was going to stick around. I thought long and hard about that. I was like, God, I know you gave this to me to give back, I don’t want to start anything I have to stop. If I’m going to do this, this is my life-long commitment, I will have to die doing this.”

Singleton, who is a family man himself, is not only a dad to his children but a father figure to many boys who may not have the most positive role models at home. Singleton hopes to build a legacy for his children and also one that inspires other young men across the city to mentor.

“I’m here as a result of a mentor who showed me the way, he told me to pay it forward and do the same thing for other young men, so I tell my boys once you make it out, you have to reach back into the community and do the same.”