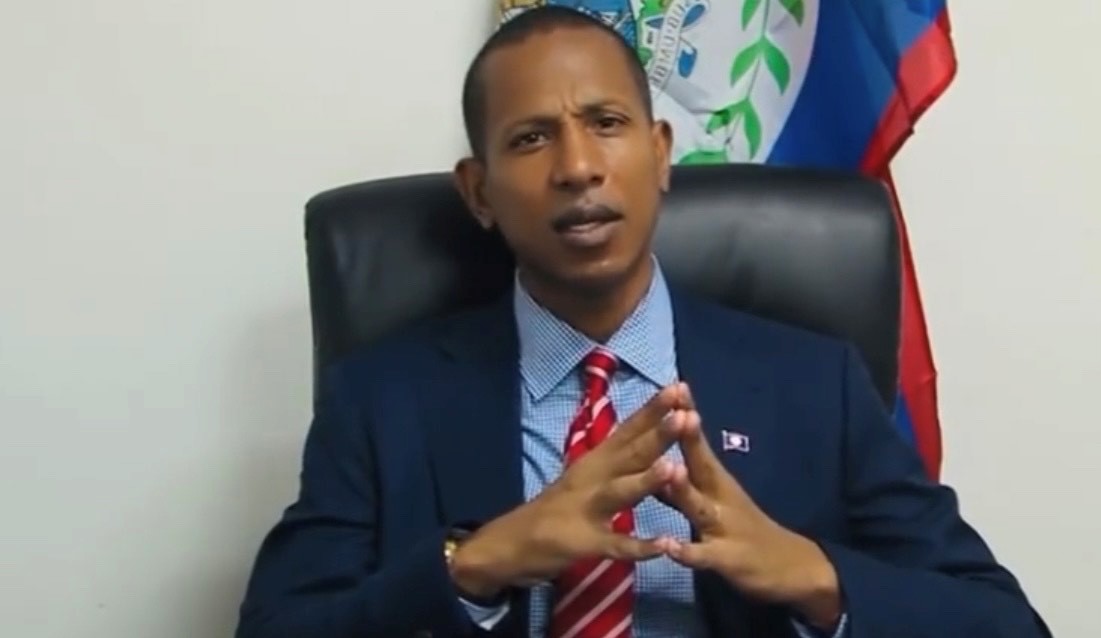 The honorable Moses “Shyne” Barrow is partnering with Walt Disney Company to produce four biographical projects, in addition to the partnership with Walt Disney, Roc Nation and DJ Khaled will also collaborate on these projects. On Thursday January 19, 2022, Shyne took to Instagram to announce his collaboration with the companies as well as what we can expect. The Leader of Opposition for Belize will create four projects, a documentary, scripted biopic, docuseries and an autobiography.

“Very pleased, very grateful that I was able to close a deal with Walt Disney and their subsidiaries ESPN and Andscape to produce my bio-documentary, bio-motion picture and bio-TV series, as well as my memoir,” the rapper turned politician said. “The documentary will be executive produced by DJ Khaled and Roc Nation. So stay tuned, we will begin production here in Belize in the Spring. And we look for a 2024 Summer release.”

Shyne’s story is one of many highs and lows. A kid who was born in Belize, moved to Brooklyn when he was 3 years old and against all odds became a rising star. Only for his whole life to turn upside down during a night out with Diddy.

Shyne first stepped onto the seen in the 90s as a rapper whom many compared to the late Biggie Smalls, he would ultimately sign to Bad Boy Records before being sent to prison for ten years. In 1999, Shyne and Diddy were arrested after a shooting in a nightclub in Manhattan that left 3 injured. Diddy would seek a separate trial where he was acquitted on all charges, while Shyne was convicted of assault, reckless endangerment and criminal possession of an illegal weapon.

After being released from prison in 2009, ICE deported Shyne back to Belize. Despite the adversities he faced being in a country he left as a toddler, Shyne would later rise above his obstacles, follow in his father’s footsteps and land a career in politics. After mending his strained relationship with Diddy and with an endorsement from the music mogul, he was elected to the Belizean House of Representatives. In 2022, Shyne reached a higher plight in his political career and was appointed Leader of the Opposition at the House of Representatives. Through his efforts to change the state of Belize, Shyne was also allowed back into the United States, something in which Diddy also had a hand in. Last year Shyne also partnered with Diddy to launch the Sean Diddy Combs Scholarship at Howard University. The scholarship will give Belizeans the opportunity to study at the HBCU.

Shyne’s story will be one of inspiration for not only immigrants but for prison reform.

From “incarceration to reincarnation”