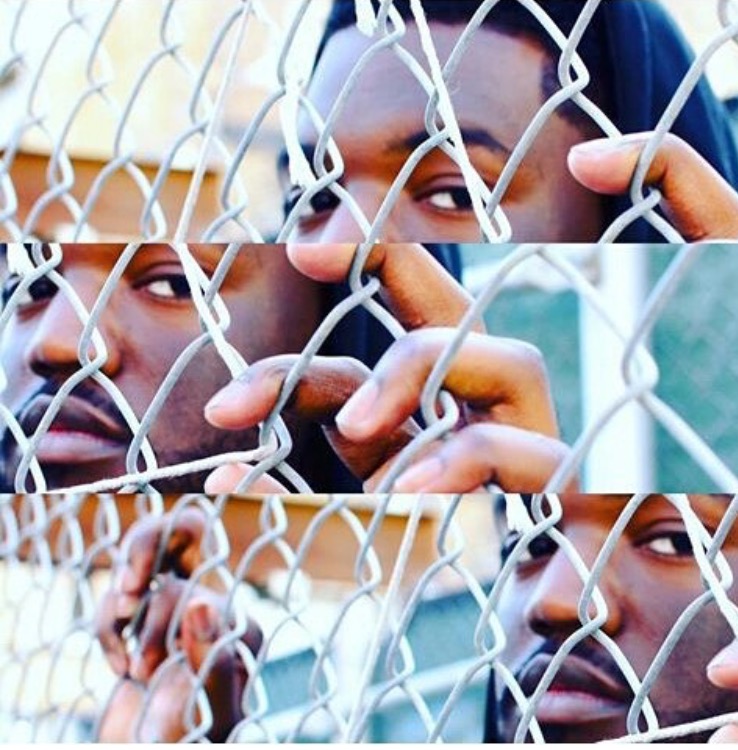 “That’s the thing about your ‘calling’, it never leaves you.” –Bryan Khedive

Bryan Khedive is a 24-years-old versatile musician whose Transparent, Inspiring, and Energetic music talks about the elements of love, heartbreak, and self-acceptance to its audience. His music is refreshing because, lately, there aren’t many young African-American male singers producing soulful yet feel good music. When listening to his EP “Don’t Mind Me”, it’s astounding to learn that it took him less than six months to complete it, which you can download for free at www.audiomack.com/album/bryankhedive/dont-mind-me-1. Though talented and dedicating to his music, there’s still the lingering question: “Who is Bryan Khedive?” Here is what Bryan had to say:

WTWtv: Hello, thank you for doing this interview. Lets start off with you giving a description of Bryan Khedive and origin of that name?

Khedive: Personally, my name is Bryan Haggard. I’m a brother, a friend, and a hard-working person. As an artist (Bryan Khedive) I’m transparent, inspired, and energetic to work hard and do my music. I was going with my first and middle name “Bryan Michael” but I needed something that would stand out. So, I got the last name Khedive from the ancient Egypt Emperor Isma’il Pasha (Khedive of Egypt) and it stuck with me.

WTWtv: When did you know that singing is what you wanted to do?

Khedive: Since childhood, it has been my calling. I would do solos for family members and my mother friends. That’s the thing about your calling, it never leaves you. It was just, me, having the confidence to really do it; and deciding on how I wanted my platform to be presented to the world. For me, being confined to just one genre is, just like, not going to happen. One thing about me I love all types of music. I love music that makes you feel good.

WTWtv: So, when did first start recording?

Khedive: My first time I ever recorded I was like 16. I wrote something right on the spot, and it was decent.  I knew I wanted to do music back then, but then again I was in high school, and going to college I was busy with other things. In college, I released a song when I was 20-years-old and it was called “When You Come to Mind.” When I had the time to really do a song, I would do a song; but (low-key) I wasn’t confident enough to release certain songs, so I got stuff just hidden.

WTWtv: With such a passion for singing, do you write your own music?

Khedive: Yes, I do. Then again I’m down with one of my friends, or people, who’s in the studio to say “Oh, you should change this” or “You should say that.” I like where I can write and people can influence you. Of course, my producer, friends, and other people that’s on the project have influence the tracks.

WTWtv: When did you begin the making of “Don’t Mind Me?”

Khedive: This year, I went to the producer Brandon Blanton, who owns the company “The BLVRDS” in the winter time and told him I want to work. I had song ideas established and he was like okay, so we started early May or June. I wrote the hook to the song “Sober” a year or two ago, and the versus’ this year. But I wrote all the other songs this summer. It was fast and really hard. There were a lot of things that we couldn’t do and a lot of things that we wanted to do because I was really adamant about finishing by October. It was hard work and I love the process, but I don’t think I will ever do it like that again.

WTWtv: Online, the description of your EP is “an urban R&B with an early 2000s Soul feel and Hip-Hop elements.” Was that planned?

Khedive: It wasn’t planned at all. You know, when you start doing a project it just shapes out a certain way, it really do. We were just trying different things, and of course I wanted to bring it back because people miss good sounding music that talk about love, heartache, and sex in a more traditional yet raunchy way.

WTWtv: Is there a personal story behind each song?

Khedive: [Laughs] My songs are observational and personal experiences. Just because I’m using “I”, as in first person, doesn’t mean the story is all about me. I talk about the issues we go through as human being in our relationships, friendships, and family. Now the track “Half of Me” is about me, and if you hear the track you will know it’s about me too.

WTWtv: Final question, Are you with a label?

Khedive: No, and I’m not thinking about that, right now. That’s why the project is free, so people can see me as an artist. I’m building a team. It’s not, technically, a label. It’s just me and my friends, all SIU Alumni, and we just doing our thing. Shout out to my producer Brandon Blanton, Shelby Brown & Gino Major (who are featured on the EP), and Justin Redding who was the photographer for my EP. Shout to my best friends: Marius Burrell, John Wilson, Jabari Rayford, JQ and Cordero McKee. Most importantly, shout out to my mother, Tisha, my Uncle Scott and Aunt Tracie. []

RichieWes & The Self Made Mafia presents #RichieWesWednesdays
Josh Gray “Came Through”