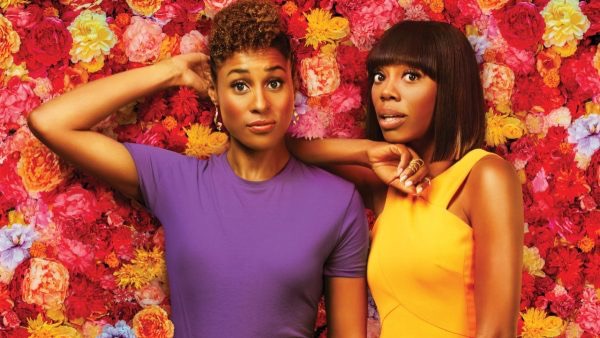 Issa Rae’s hit series Insecure will not make a return until 2020.

Vulture reports Insecure will not be returning until 2020 because Issa Rae has become very busy and is in high demand. HBO programming chief Casey Bloys revealed the details, stating: “Well, Issa became a big movie star!

“We’re not the first place to deal with this, but when you’re in business with very creative and talented people, there’s a lot more opportunities for people to do things. Issa, I think, partly, wanted a break to come back to it fresh,” Bloys added.

Issa Rae is currently starring alongside Regina Hall and Marsai Martin in Little, which just made it to theaters.

CHECK OUT OUT BLACK TWITTERS REACTIONS:

HBO out here treating their show's seasons like game sequels and I'm here for it.

Take the time you need.

We all have roughly 29 things to watch on Nuluflamazon ANYWAY.

Text us when you're ready.https://t.co/CKrLIll3CH

Issa Rae did an interview and told us she haven’t wrote a script for season 4 yet. She’s doing movies and possible planning a wedding. Sis ain’t thinking about us (Insecure fans) right now 😭 https://t.co/sRICrYwbFa

🤬🤬🤬. I don't know where the shows get off making me wait for the new season. #INSECURE
https://t.co/kr3UqHutY5 @thesource

Show isn’t good enough for all this RT @TheSource: 'Insecure' Will Not Return to HBO Until 2020 https://t.co/lfUPPdCJwR pic.twitter.com/tBPrsyKl3h

Wow..my heart hurts. Issa Rae said she hasn’t even started writing Season 4 of Insecure yet. I was really looking forward to that this summer 😭

#InsecureHBO please tell me this is fake news. 😩😩https://t.co/RiYsRYL1N7

i just binge watched insecure in two days and now i find out season 4 isnt coming out till… 2020…. pic.twitter.com/5mGbPnfc9c

First GoT now this. Fuck going on at HBO RT @TheSource: 'Insecure' Will Not Return to HBO Until 2020 https://t.co/DXjoSHezeF pic.twitter.com/4SbqlvusL2

Oh come on! RT @CONNECTMUSICN1: ‘Insecure’ Will Not Return to HBO Until 2020: If you were looking for Issa Rae’s hit series… https://t.co/OYKpEoAgcf

Insecure season 4 POSTPONED until 2020. No season for 2019@IssaRae and the cast out here getting the bag from other avenues. Salute

Premo Shuts Down Union Station,For The Color Me Bad Fashion Show
THE WORD | The Homecoming Of The Year! Beyonce’s Netflix Special