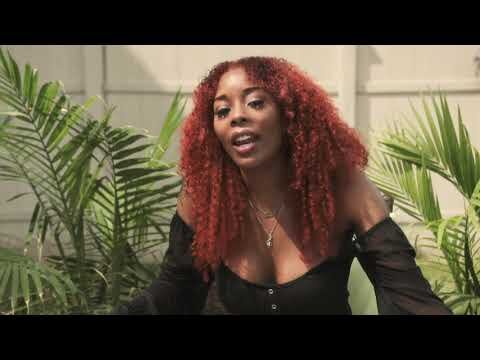 Laje’ takes a sexy approach in her new video cover “Imported” displaying she’s up next with a remix that fits her voice like a glove. From her singing within the meadows of the concrete, shows an edgy yet soft angle of not only her grind but her style of artistry. Adding her twist to the current single “Imported,” Laje’ gives original singer Jessie Reyez a run for her money with her vocal play and runs. The two- part scene video sums up that visually keeping it simple and finding beauty in the most extra ordinary places is key. Laje’s new videos exudes simplicity with a splash of creativity on the R&B tip.

The R&B Princess of Chicago levels up with new video Jessie Reyez cover song “Imported”. Following up from major features in TheSource.com and Singers Room Laje’ is not slowing down and is prepping to release a series of music. Recently named artist of the month from clear channel radio station WGCI in Chicago, Laje’ is industry ready and has been consistent this entire year with new music. She decided to do a cover of Jessie Reyez single “Imported” and I would love to get some great coverage on this. The link is below, let me know what you think.

PREMIERE | BJRNCK taps in Boogie for the “Real” single and visual
Discover Your Ish: WOMANISH Exhibition Created by Women for Women